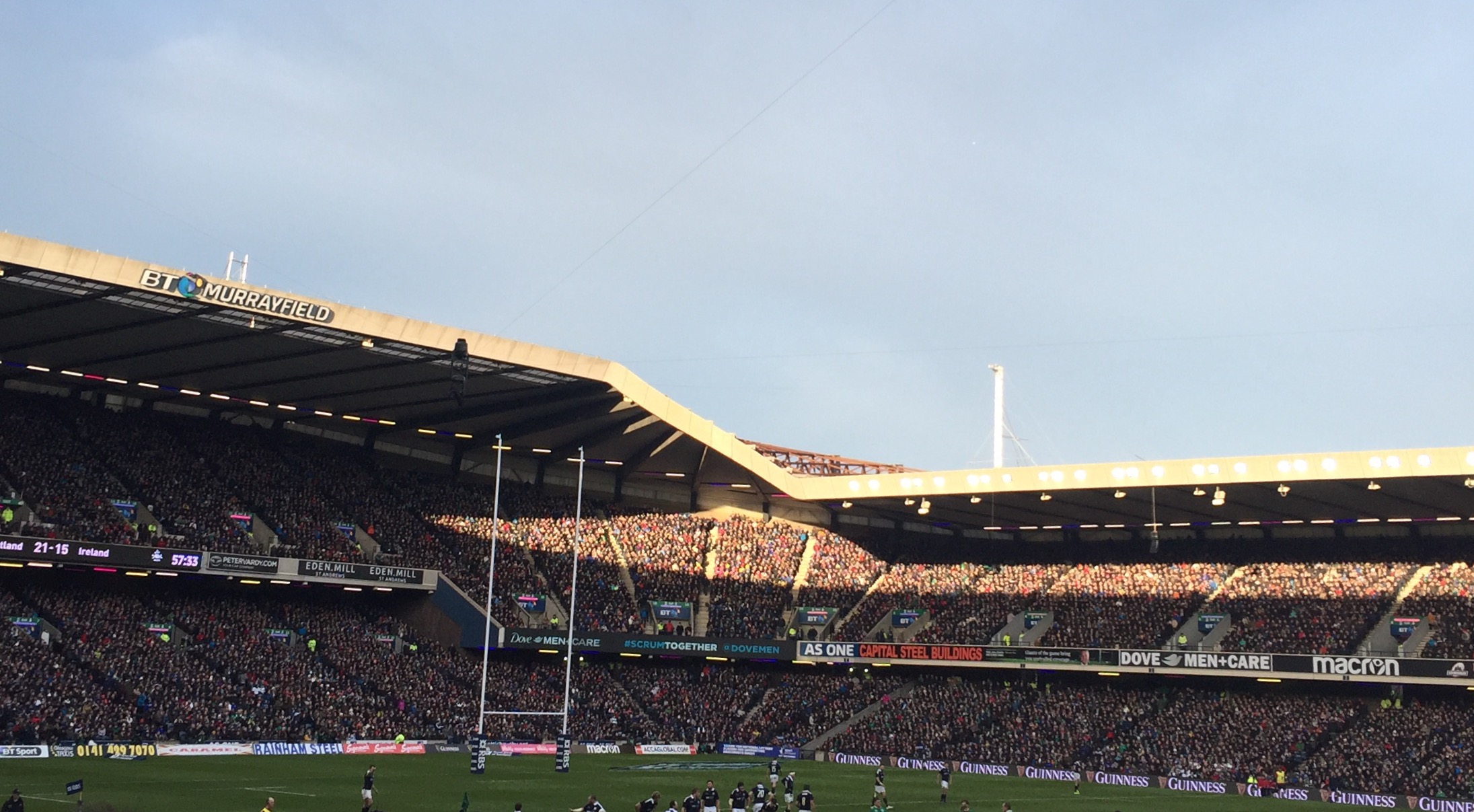 Scotland are looking to build on their victory against Ireland on Saturday with another big performance this coming weekend against a French outfit they haven’t beaten at the Stade de France since 1999.

A tough tests awaits Scotland as they face a French side laden with added pressure from their opening day loss against England.

Les Blues will almost certainly be looking to silence critics with a performance that their home support demands. The game therefore promises to be a gruelling encounter, as the bulky French pack will aim to put serious pressure on Scotland’s forwards and attempt to boss the game from the scrum.

Despite fielding some inexperienced forwards, Vern Cotter will be pleased by the performance of Zander Fagerson, 21, in particular who stood up remarkably well against a well drilled Aussie pack in the autumn, and again against Ireland.

The Scottish defence made 242 tackles throughout the game against Ireland, demonstrating the sort of tough physical display that will be needed to silence the French crowds and the sound of La Marseillaise roaring around the Stade de France.

But despite being a typically tough team to beat at home, Scotland have the psychological advantage of having beaten France last year at Murrayfield and come into the game with a winning mentality that has certainly been bolstered by the successes of Glasgow Warriors in recent years.

A core of this team who were once young, inexperienced players have matured together and have developed a winning mentality, the ruthless efficiency that was on display against Ireland is the hallmark of champions, and many of them are indeed Pro12 winners.

After Scotland’s famous victory against Ireland Captian Greig Laidlaw told the BBC: “We’re a changed group,” Laidlaw added. “We want to drive this whole thing forward, especially when we pull those jerseys on at home, we don’t want to be getting beaten anymore. It’s so pleasing to see.”

Coach Vern Cotter told the BBC: “It has been a while since we won the first game of the Six Nations so that will change the dynamic. I think the players will decide what they want to do from here.”

Strong words alone aren’t going to get Scotland through against a formidable French team, but the team have their sights on a minimum of three victories this year and a win against France would put them in contention for the Six Nations title.

It’s been a long time coming, but the spine of the team, from Finn Russell, to Stuart Hogg, Tommy Seymour and Greig Laidlaw to the Gray brothers, are players of the calibre and ability to turn Scotland into not only a resilient opponent but a formidable one.

Following last week’s match Scottish Rugby took stock of the injuries sustained on the pitch.  Stand-off Finn Russell went off in the 45th minute for a precautionary HIA (head injury assessment) and – on review – was fit to return to the field of play.

He continued to progress through the HIA process after the match, with the final assessment to confirm his return to full training on Monday.

The eye contusion suffered by Fraser Brown in the first half – that ultimately ended his part in the match in the 25th minute – has been resolved. The hooker will also take part in training this week.

Several other players are showing the signs of a physical test match and will be managed accordingly by the squad’s medical team, however they are not considered an immediate concern for the next test against France in Paris this Sunday.