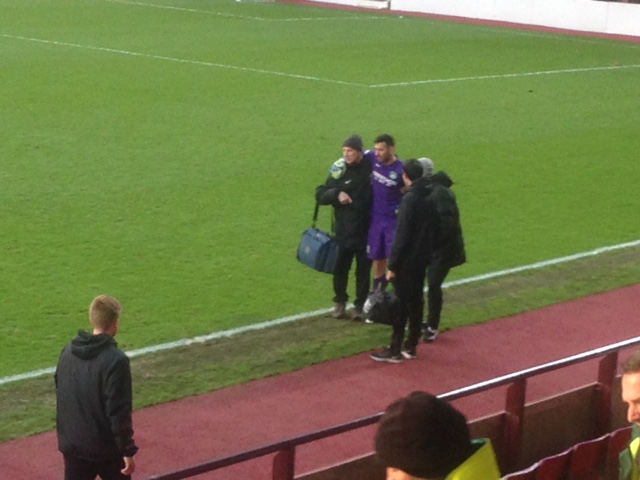 Ofir ‘Rocky’ Marciano was the Hibs’ hero yesterday with three world class saves that earned his side a share of the points against Dunfermline at Easter Road yesterday.

Hibs cruised into a two goal lead thanks to goals from Martin Boyle and Jason Cummings but an injury to centre half Liam Fontaine meant that Neil Lennon had to shuffle his pack at the back which allowed Dunfermline back into the game.

The ‘Pars’ levelled the game seconds after the break and but for the heroics of Marciano would have taken all three points back to Fife.

An incredible double save from Moffat and Clark was followed by a point blank save from a header moments later.

Hibs ended the game stronger and but for some bizarre refereeing decisions from John Beaton could have recorded an undeserved victory.

How Kallum Higginbotham remained on the pitch after his reckless challenge of Andrew Shinnie was a mystery for everyone in the stadium and Neil Lennon was spoken to for his protests.

Elsewhere Dundee United, Morton and Falkirk all dropped pints which leaves Hibs with a seven point lead at the top of the table.

Speaking after the game to Hibernian TV, a modest ‘rocky’ said: ” I just did my job. Most of the games I don’t have much to do but this game I had and I did the best that I could for the team.

“Sometimes we have games like that and we have to know how to deal with it.

“Sometimes you don’t have time to think about things but you work on these things all week in training and you try to practice that and keep yourself as sharp as you can. I am happy I was able to show that in the game.

“It’s not easy when players are not used to playing with each other but we had to manage. We missed a couple of key players and you can see the difference but the players who were left in the defence have to lift their game.

“Hopefully the players will come back and do a good job.”