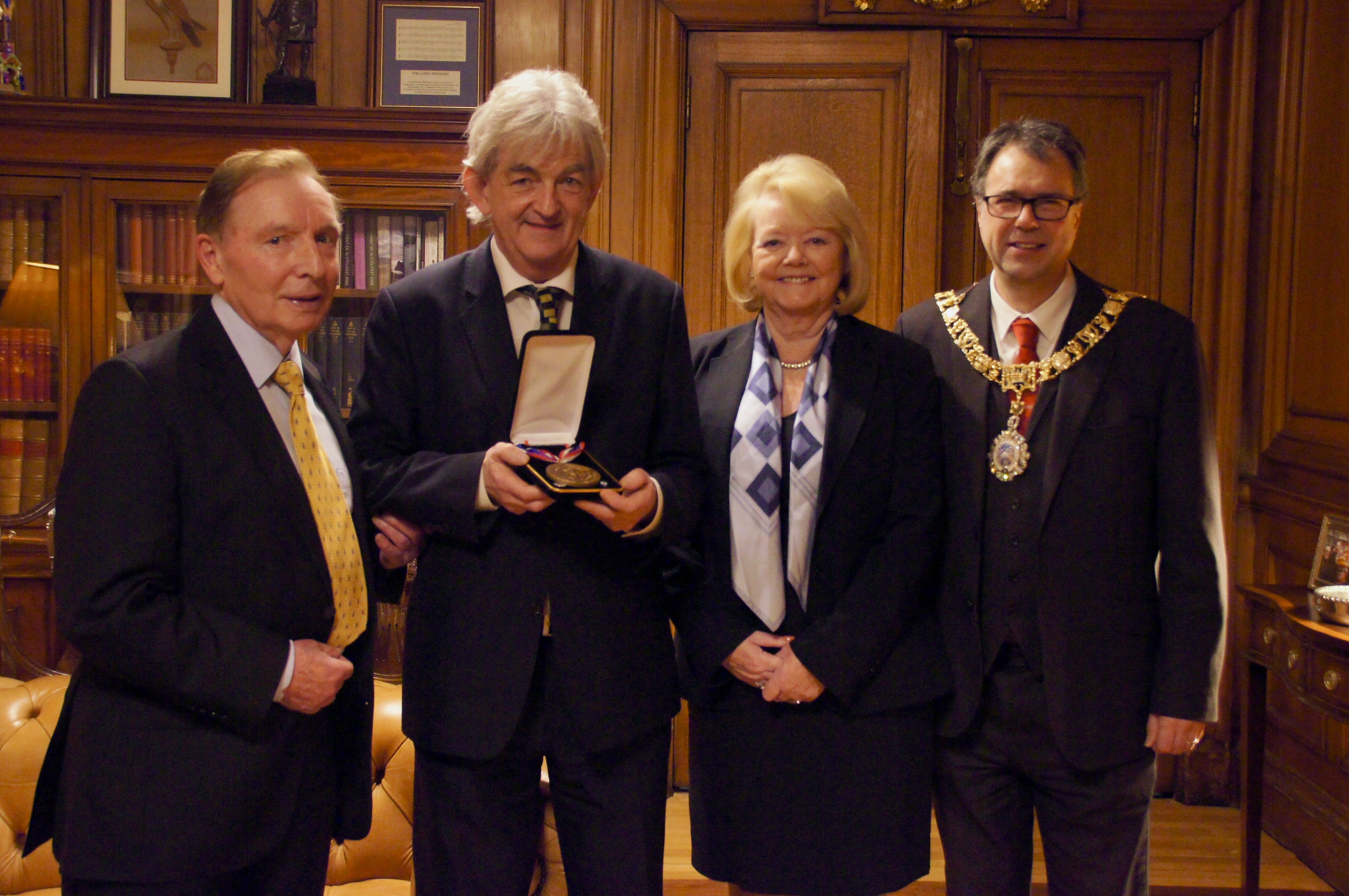 Mel Young kicked off The Homeless World Cup in 2003 along with Austrian publisher Harald Schmied, is the Chairman of SportScotland and founded, among many other publications, the Scottish Big Issue. The paper is still going strong and is sold by homeless people on the streets to more than 40,000 readers every week. Young holds no fewer than five honorary degrees and is a Senior Fellow of the World Economic Forum.

For this work which he undertakes to help the homeless he has been recognised by the United States Sports Academy.

The Jackie Robinson Humanitarian Award which they gave to him in 2016 is very important indeed. Previous recipients include the likes of Tiger Woods, Andre Agassi, Cristiano Ronaldo and Michael Jordan.

The award is given in recognition of someone who has demonstrated a concern for mankind.  Mel Young has most certainly done that.

The Homeless World Cup is exactly what it says and last year it was played in Glasgow. Participants must have been homeless since the last tournament, make a living as a street newspaper vendor, be an asylum seeker or be in a drug or alcohol rehabilitation program and homeless in the previous two years

The Lord Provost the Rt Hon Donald Wilson mentioned that Edinburgh was very proud of Mel and all that he has achieved during a short ceremony at the City Chambers when he presented him with the award and the certificate.

The Lord Provost said: “In Edinburgh homelessness is going up, so the gaps and divisions have not yet gone. It is an ongoing battle as Mel knows because he has set himself the challenge of eradicating poverty. I think if anyone can do it he can!

“His influence has been international, but the people who are here tonight reflect the impact he has had on the city. This reception is an opportunity for the city to say thank you, and that is why I am so delighted to make the presentation of the award to Mel.

“It is incredible to think that the passion of one man in Edinburgh has led to over one million people across the globe receiving help through the Homeless World Cup.”

Mel Young thanked his wife in particular for her unfailing support and mentioned several others in the room. He said: “The latest story about the Homeless World Cup is about a player from Brazil who became a trainee chef and then published a book as he is one of the leading chefs in the country. He has gone from living on the street, and now, with the help of football, he is able to put something back. There are lots of these moving stories around the Homeless World Cup.

“One of the key reasons this works is because of the common language of football that everyone understands. It is fabulous to have two people in this room, Ann Budge and Sir Tom Farmer who at different times have saved our city’s football clubs. These clubs mean so much for Edinburgh and to the people who watch the games. That is the power of football! You have put smiles onto so many people’s faces.

“I spoke recently at the City Vision 2050 launch and I hope that many people get involved in that because this is a great city here in Edinburgh. It is great to be part of the conversation. One of the first issues raised during that launch was that people do not want any more poverty in the city. That is fabulous and something to start with!

“I cherish this award. If we all work together one of my mantras is that we are ingenious people, we created the internet and I don’t see why we can’t use our ingenuity to end homelessness and end poverty in the world.”

The Jackie Robinson Award is one of the highest honours which can be awarded, and is only made to people who exhibit ‘the highest qualities of dedication, grace under pressure, personal sacrifice, compassion, hope and dignity that characterise the promotion of human welfare and social reform’.