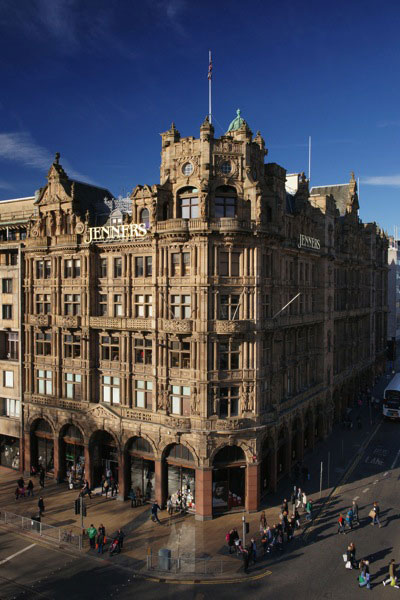 Police cordoned off part of the pavement outside Jenners department store on Princes Street yesterday after a fire alarm sounded at around 2.30pm.

Five fire engines and a police car attended the scene and thankfully no-one was injured.

A Scottish Fire and Rescue Service spokesman said that a small fire which was located towards the front of the building was quickly extinguished.

He said: “On arrival firefighters discovered a small fire between a window and the shop outage. Firefighters used a hose reel jet to extinguish the fire. No casualties have been reported.”