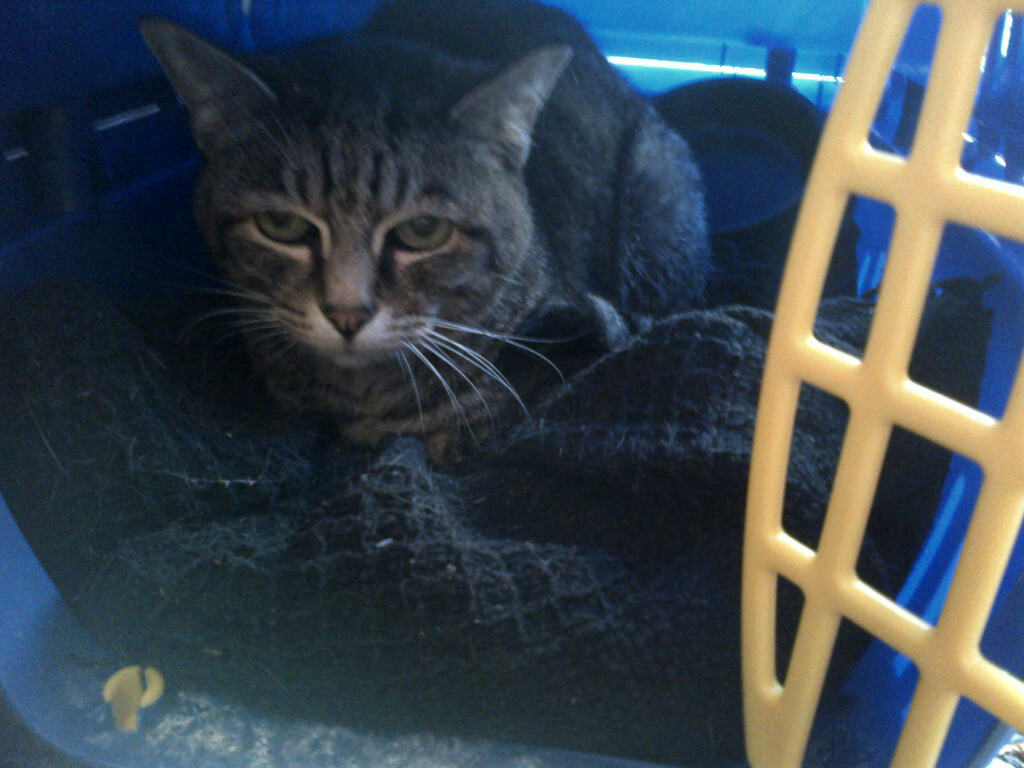 The Scottish SPCA is appealing for information a cat was abandoned in its carrier on a busy Edinburgh Street.

Scotland’s animal welfare charity was alerted on Saturday (8 October) when the cat was discovered next to Holyrood Park in the city centre.

The feline is now in the care of the charity’s animal rescue and rehoming centre in Balerno, where she has been named Holly.

Inspector Stephanie McCrossan said, “This sweet little cat was dumped in her carrier with a blanket and food bowl beside the loch in Holyrood Park.

“Although her owner left her with these items and left her in a public place where someone would have definitely found her, abandoning an animal is an offence.

“We think she could have been dumped late on Friday night or Saturday morning.

“She is in a reasonable condition, although she does have fleas and some hair loss.

Abandoning an animal is an offence under the Animal Health and Welfare (Scotland) Act 2006. Anyone found guilty of doing so can expect to be banned from keeping animals for a fixed period or life.