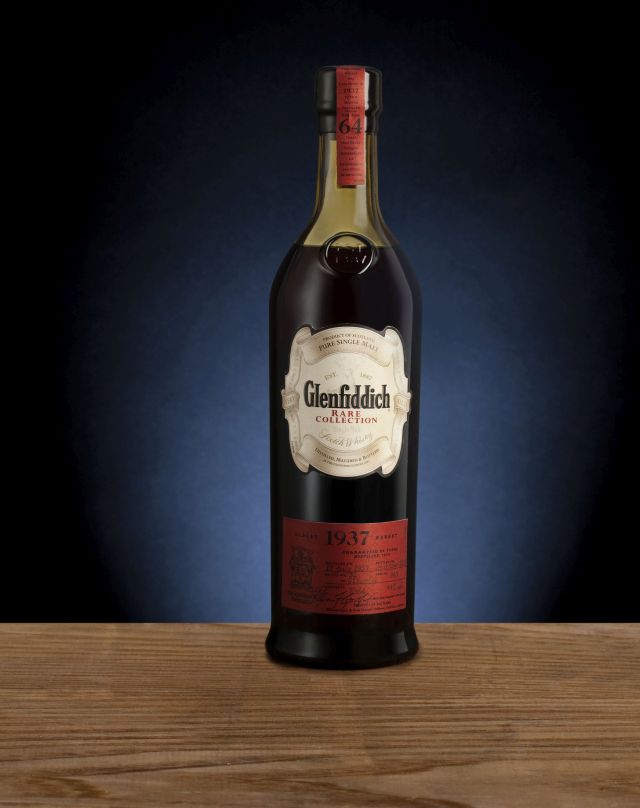 At the Bonhams Whisky Sale in Edinburgh today a 1937 bottle of The Glenfiddich Collection sold for £68,500 breaking previous records.

It had been estimated that it would sell at £25,000-35,000. The price is the highest paid at auction for a bottle of Glenfiddich and a Scottish auction house record for the sale of a single malt.

The whisky, which was bought by a bidder in the Far East, was laid down in cask 843 at The Glenfiddich Distillery in 1937, the year of George VI’s coronation, and bottled 64 years later in 2001. It is highly unusual for a  single malt Scotch Whisky of this age to have kept its strength and it is this attribute which makes the sixty bottles from cask 843 so special. It is the oldest and rarest bottling ever undertaken at the distillery.