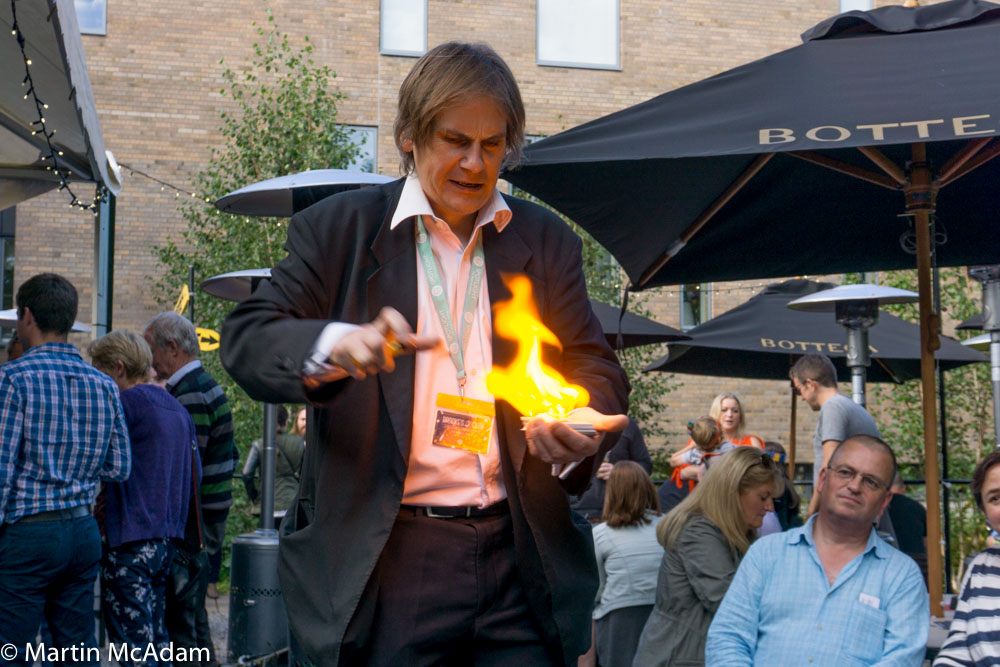 Jim Campbell put his commuting time to good use when he was travelling to and from Glasgow – he taught himself magic tricks!

You can catch his last show at The Pleasance at 8.15 pm tonight – there are a couple of tickets left if you are quick! Click here to book.

He explained to The Edinburgh Reporter : “I probably started learning about 8 or 9 years ago and became a professional about 5 or 6 years ago.

“My show is kind of autobiographical. It explains how I first got into magic. When I was younger I was watching Paul Daniels on TV and got a magic set for Christmas so I started learning then. I started doing bigger and bigger tricks

“When I left home I lost interest in magic but about 10 years ago I came across a DVD to learn about sleight of hand magic which I always wanted to learn. I practised on the train between Glasgow and Edinburgh. This was in the days before the mobile phone took over!

“I started to practice on people travelling on the train but it was only when my friends told me I was better than some magicians they saw at weddings that I took the plunge.

“About a year later I tried busking during the Fringe as I was a bit short of money. I used to do tricks around people queuing for Fringe shows. Then I started going round drinking areas and The Pleasance Courtyard became my home.

Jim the Magician from Phyllis Stephen on Vimeo.

“The last two years I had my show in a smaller venue at the Quaker Meeting House, but this year I am doing three nights for the first time at The Pleasance.

“I am a one man company so I’m careful not to grow too fast. I am doing the show and the flyering and the writing!

“I came to Edinburgh about 20 years ago and although I have a day job I am self-employed so I can entertain at weddings and parties throughout the year.”

If you would like to book Jim you can email him at jim@beyondbeliefmagic.co.uk