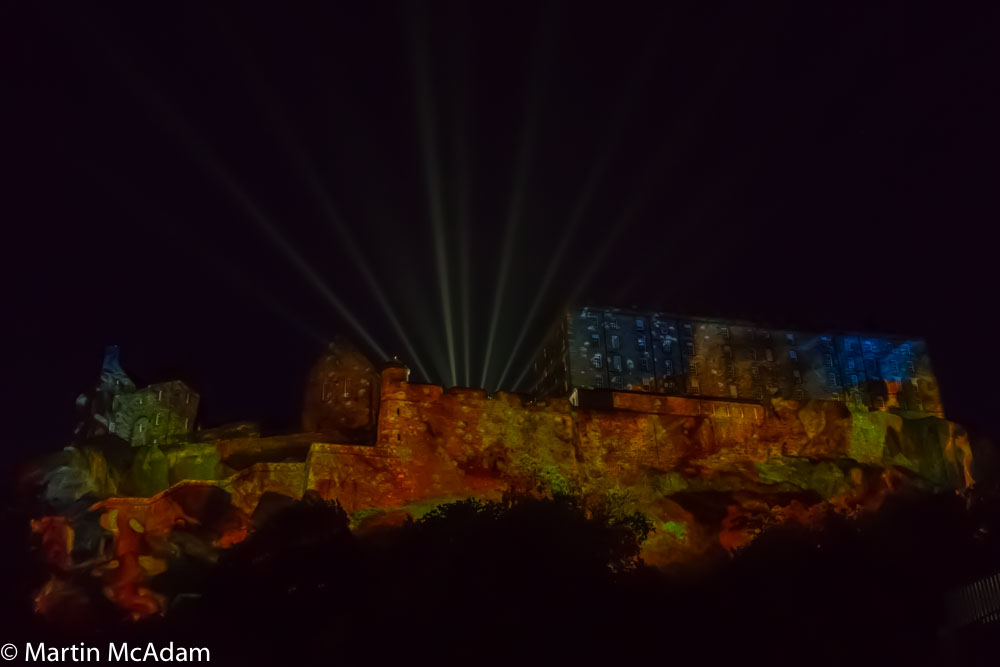 The Edinburgh International Festival may have begun on Friday with performances of Norma already wowing audiences, but tonight marked the real beginning with almost 30,000 people watching the Standard Life Opening Event : Deep Time. It was a fantastic run through of how we might have got here, and the imagery was inch-perfect and arresting. It was James Hutton the Edinburgh scientist and geologist whose academic work culminated in the notion of Deep Time and how the world was formed.

In 18 minutes tonight 59 Productions whizzed us through the 350 million years of Edinburgh’s history with volcanoes one minute and a seascape the next. The images were visually stunning and the music haunting; the whole spectacle used the castle in a slightly different way and was a spectacle which will surely put Edinburgh on the map. Quotes from Shakespeare and Tennyson were included, along with a few words to explain what was being depicted. Initially based in Edinburgh the company also produced Harmonium last year but this project was four times as large, and involved cutting edge 3d animation and projection techniques. The company worked alongside the faculties of science, arts and humanities at University of Edinburgh. With 42 projectors and almost 15km of fibre optic cabling the images were projected onto a canvas which extended to 7000 square metres. In the final frames hundreds of photographs supplied by the public were incorporated into the art work. Scottish rock band Mogwai had specially compiled the soundtrack to which all the digital animation and images were projected from the roof of Saltire Court onto the Castle Rock and Edinburgh Castle. The Edinburgh Reporter spoke to Nick Finnigan from Edinburgh Castle before the show and his only worry was that someone had put all the lights out in the barracks!

Just before the end of the show photos of people with an Edinburgh connection were incorporated into the timeline:

At the end of #DeepTime photos of hundreds who have a connection with Edinburgh were included. Were you there? pic.twitter.com/7bjVlftbJa 59 Productions were named as Associate Artists of the International Festival for the next three years, so our only concern is that they manage to come up with something even bigger and better next year….