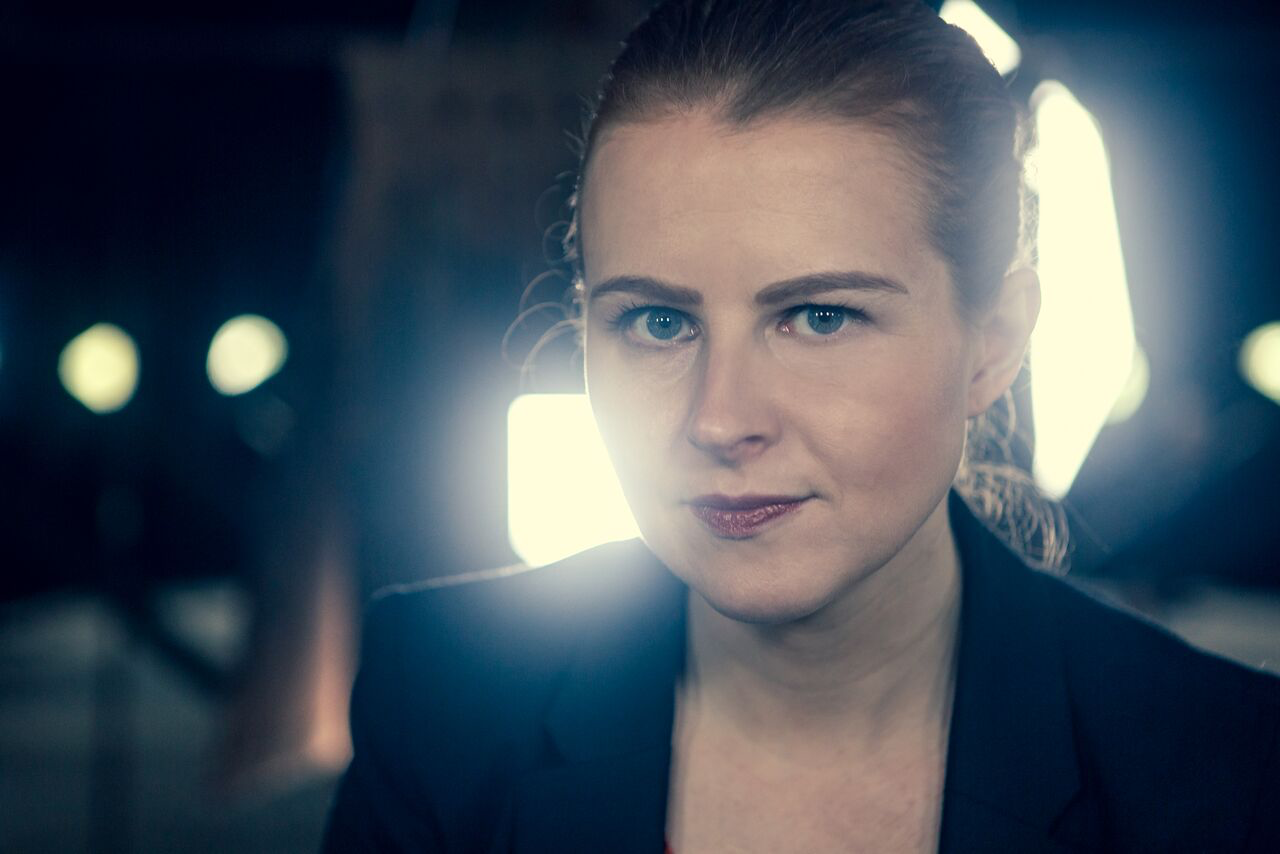 As Poena 5X1 (or How I Came to Agree With Right-Wing Thinking) begins, the scientist Bryony Adams launches into a horrifying story about the American General John Joseph “Black Jack” Pershing in the Phillipine-American War of 1899-1902. Notwithstanding its details, the anecdote firmly grounds Poena 5X1 in contemporary concerns of crime, terror, and deterrence.

Otherwise, there seems to be little to grab onto. Offie Award finalist director Robert Shaw and designer Gillian Agro’s set and costuming at the Ermintrude Theatre at the Underbelly Med Quad are spartan and black. Bryony’s presentation is undercut by a malfunctioning slide presentation. The clicks and partly-formed phrases of Tarik O’Regan’s soundtrack skitter in the background. The impression is one of waking from a dream or nightmare and trying to piece together what has happened, and it fits the show perfectly.

When Bryony’s story has unwound over the course of the ensuing hour, the audience has been presented with a host of conflicts: rehabilitation versus punishment, compassion versus deterrence, humanity versus retribution – love versus justice, as the director told The Edinburgh Reporter.

Bryony has been developing a drug which she intends to be a humane punishment. Leading the audience through the stages and adjustments in the creation of “a hell that is liberal,” they become part of a thought experiment and are complicit (or otherwise) in Bryony’s conduct as Poena 5X1 approaches its final twist.

Multi-award-winning writer Abbie Spallen reels out revelations at a measured pace that keeps the audience gripped – even if this otherwise uncompromising play could have been more straightforward about Bryony’s ultimate motivations – and lead actor Cathy Conneff is outstanding from start to finish.

If you like your Fringe theatre challenging and thought-provoking, Poena 5X1 is absolutely worth checking out.