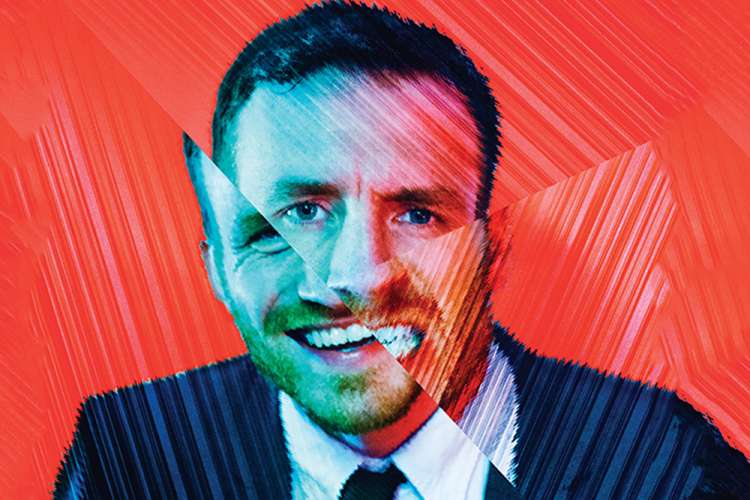 Award-winning writer Camilla Whitehill returns to the Fringe this year after the success of 2015’s sell-out show Where Do Little Birds Go? Camilla took some time talking to The Edinburgh Reporter about Mr Incredible.

1.     Mr Incredible is described as a brutal new play about modern love and old-fashioned entitlement. How do you think the nature of love and relationships have changed in, say, the past five years?

I think the fact that more women are educated about feminism, and what equality actually is, has made for a significant shift. I certainly put up with behaviours from, say, my first serious boyfriend that I would never put up with now.

We’re brought up within strict gender parameters and told by books, television, the news media, magazines how we should perform our genders within romantic relationships. When you begin to challenge that, things change.

You only have to spend 2 minutes on a prominent woman’s Twitter to see how angrily men can respond to women, specifically women who speak out about equality. Now if you boil that down to individual relationships, you can see aggression or anger there, stemming from the same stimulus. Women are less likely to stay quiet, which historically has been what we’ve had to do. That’s going to cause some changes.

2.     You’ve said that you wrote Mr Incredible partly because you wanted to come at its issues from the opposite side, because the patriarchy harms everyone. How difficult was that process?

I wanted it to be authentic. I think that’s something every writer worries about, regardless of their topic. After the first run, some actor emailed me congratulating me on being able to successfully write a male character. Right. Would you email David Hare and say hey, well done for Plenty, you wrote a female character really well? No. Not that I’m comparing myself to David Hare. Although apparently we share a hometown. Anyway, in conclusion, a story is a story is a story. They all present challenges, but this character was easy to find.

3.     What do you think about the way issues of male privilege and sexual consent are presented in mainstream media?

I think it’s pretty disgusting. You only have to look at the Ched Evans case to see just how vile it can get. Newspapers like The Sun and the Daily Mail victim-blame whenever they can, pointing out in their headlines if a sexual assault victim had been drinking, or was “promiscuous”, or had anything less than squeaky clean in her past. It’s exhausting. And it extends to all areas of the media – for instance, the recent all-female Ghostbusters has been labelled a “flop” by some publications, despite the actual statistics saying very much otherwise.

4.     With Mr Incredible having aspects of brutality and anger, did you feel that you had to make any compromises to present the show to an early evening Fringe audience?

Oh definitely not. Fringe audiences are an entirely unique beast, and they can take a lot of darkness. I’ve seen some very intense pieces in similar time slots. Edinburgh audiences tend to be pretty sophisticated and clued-up. I tend to save my evenings for comedy and cabaret… take the edge off a day of theatre!

5.     In what ways do you feel Mr Incredible is a continuation and a departure from your previous work, Where do Little Birds Go?

In some ways, Mr. Incredible is saying things I wanted to say in WDLBG, but didn’t have space for. WDLBG dealt with a woman being mistreated by men, but it was also a true story, which necessitated a certain delicacy in the storytelling. It’s also a period piece, with music, so a very different vibe to Mr. Incredible. With Mr. Incredible, we’re in present day, which meant I could keep things very current and familiar. It’s also much darker, which is kind of saying something, as WDLBG was pretty dark itself. My Mum saw the preview and went, “Why can’t you write a nice romance?” Poor Mum.