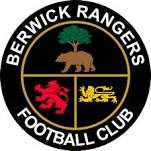 Both are highly rated within the club and impressed during last weekend’s game against Hawick Royal Albert.

Several players have made the journey south in recent years including Jordon Forster and Danny Handling.

Stirling  17, can operate in several positions, including centre-back and central midfield and has been a long-time member of the Hibernian Youth Academy, as well as a Scottish international at under-17 level.

Mackie joined Hibernian in February 2016 from Raith Rovers and became a regular in the Hibernian Development Squad. The 17-year old is equally adept at playing at left-back, as well as on the left-wing.

Both will remain eligible to play for the Hibernian Development Squad during their loan spells at Shielfield Park with John Coughlin’s side.