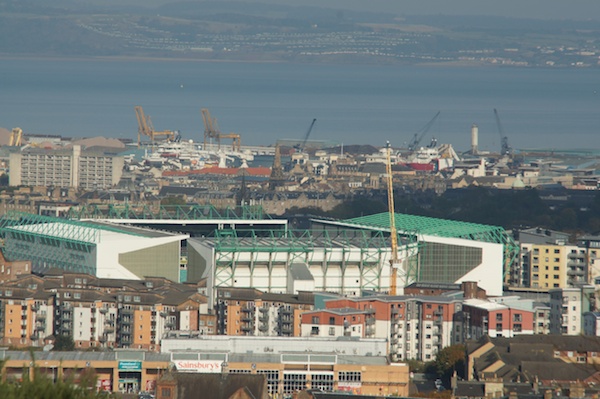 Hibs entertain Motherwell this afternoon in their third pre-season fixture this year as the side prepare for the UEFA Europa League tie against Brondby on Thursday 14 July.

Tickets for the game will be available from the Hibernian Ticket Office from 10am, with the Ticket Pods for all other stands open. There will be no cash gates in operation for this game. Fans are required to purchase a ticket to gain entry to the stadium.

Supporters who buy online will be able to print their tickets at home, which will save time on queuing to purchase tickets upon arrival at Easter Road Stadium.

A seasonal wall chart with all Hibs’ fixtures will be available from programme sellers pre-match, with additional content including a look back on the history of the Hibernian v Motherwell fixture, as well as looking at three players that played for both clubs.

The Hibernian Clubstore will be open from 10am on the day of the match.,

Supporters who attend the game are reminded not to engage in any unacceptable conduct at the match. This includes, but is not limited to; pitch incursions, usage of pyrotechnics and using foul and threatening language towards an individual based on their race and nationality, sexual orientation, any disabilities, gender, religious beliefs and transgender identity.