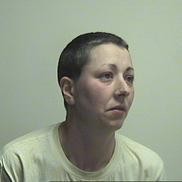 A woman who murdered a 60-year-old man in his home in Leith has been jailed for life.

Seka Ritchie (32) also known as Fitchie was found guilty of stabbing father of two Alexander Duncan in his flat in Primrose Street after she and her partner had spent the evening drinking with him on Thursday 16th April 2015.

His body was found three days later and a murder investigation launched. A post mortem examination later confirmed that Mr Duncan had been stabbed.

Seka Ritchie was arrested on the 1st May 2015 and charged with murder and attempting to pervert the course of justice. She was convicted and sentenced to life imprisonment today at Edinburgh High Court.

“Seka Ritchie was a longstanding associate of Alexander Duncan and whilst at one time they had been close, to our knowledge they had not seen one another for quite some time. However, a completely chance encounter last April in the north of Edinburgh brought them into one another’s company.

“Mr Duncan offered friendship and after buying her a drink in a local pub, invited Seka Ritchie and her partner back to his home buying vodka and tobacco en route for them all to share.

“Seka Ritchie betrayed his trust and friendship and, for reasons that she alone knows and has refused to divulged, she attacked and killed him in his own home in a manner that, the evidence suggests, was completely unexpected and against which he was unable to offer any resistance.

“This was a challenging and protracted investigation that was compounded by the lies repeatedly told to the police by certain individuals but in particular Seka Ritchie as she sought to cover her involvement in the crime.

“Her conviction is testament to the meticulous and thorough investigation carried out by my team and my thanks go to them for their hard work.

“I also thank Mr Duncan’s son and daughter for their patience and assistance during the investigation and hope the conviction is something that helps them deal with what has happened.”