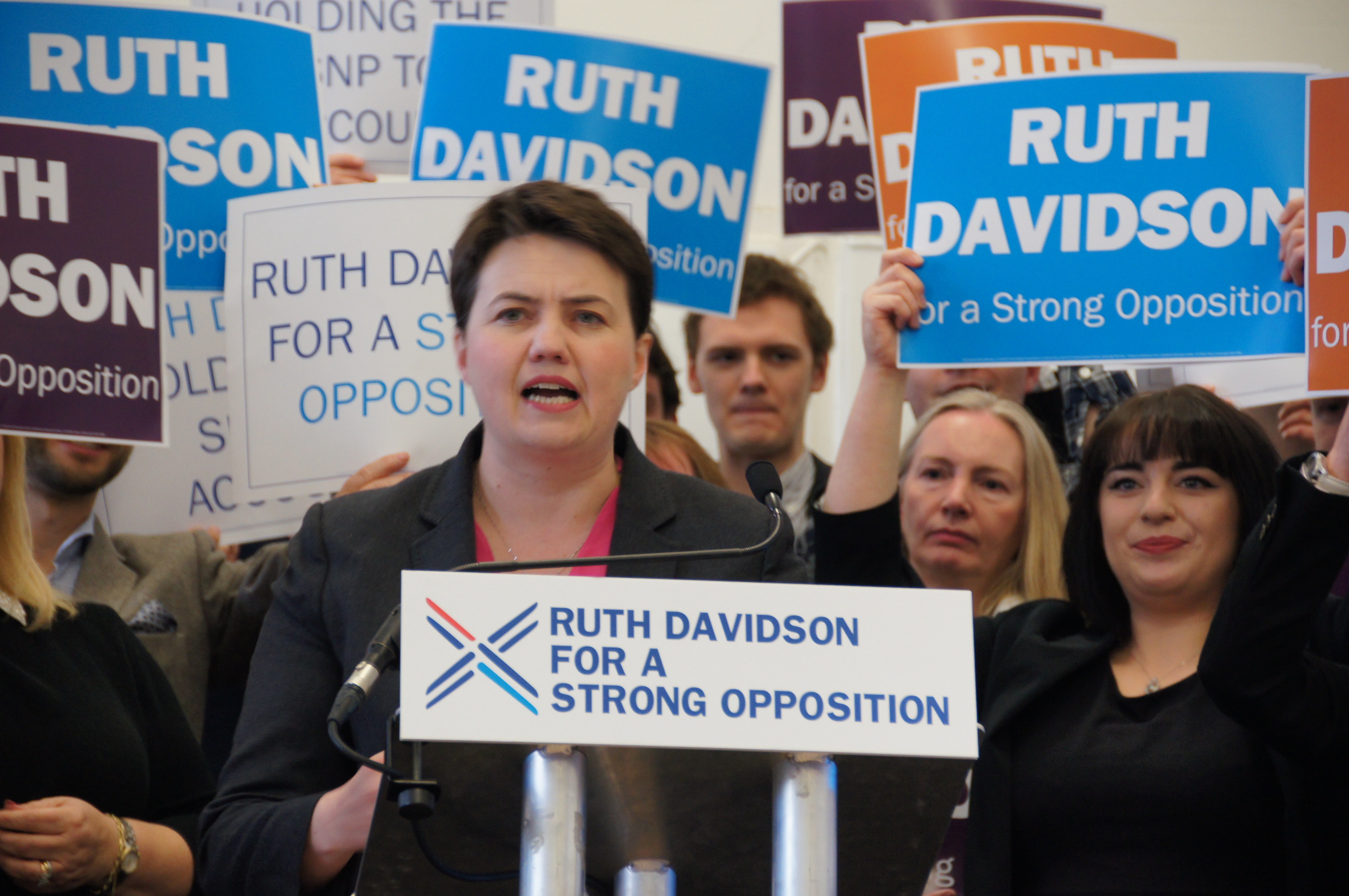 The Edinburgh Central candidate and leader of the Scottish Conservatives, Ruth Davidson, held a very Edinburgh rally at the Royal Botanic Garden Edinburgh earlier today. This was a show of green shoots rather than a rare species, as the others on stage were the younger generation all coming along to take the party forward. The Scottish Secretary of State David Mundell MP was in attendance to show his support on this the last day of campaigning for Holyrood 2016.

#SP16 Ruth Davidson Holds A Rally In The Botanics from Phyllis Stephen on Vimeo.

How is that strong opposition going to manifest itself? Ruth Davidson explained: “The way that the Scottish Parliament works is that the larger your party is the more time you get in the Chamber, the more people you get onto committees that provide all the scrutiny, so it is important that we can be that stronger opposition. This means physically stronger in terms of the number of people, but also to be able to use the levers of the parliament to really hold the SNP to account.

Asked if Edinburgh Central was essentially a safe seat for her to be contesting Davidson said: “The Conservatives are coming from fourth position, and we think they can do an awful lot better. I have spoken to thousands of people across Edinburgh Central in the months of this campaign since before Christmas and I know there are lots of people looking to us for the first time. It is also one of the seats which, being a city centre seat, has the highest turnover of voters, so what happens in one election doesn’t necessarily mean it’s going to happen in the next election. So I think it is all to play for in Edinburgh Central.”