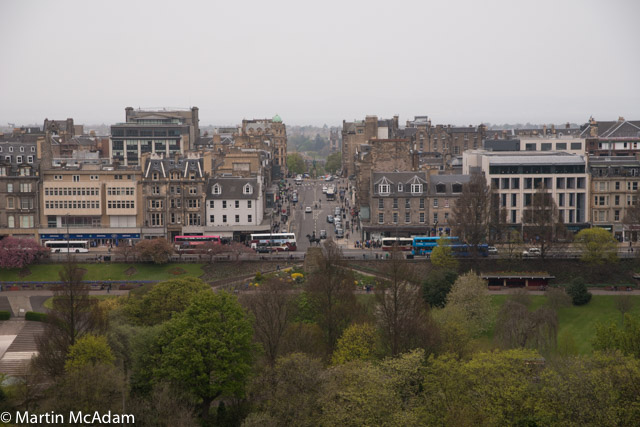 The council has been considering a proposal from Edinburgh Leisure to take over its secondary school sports facilities and manage them on its behalf. The council would make a saving of over £2 million by doing this, and believes that many benefits would result for local communities.

The council has already investigated the possibilities and thinks that an extra 24,000 hours of sport could be enjoyed per annum by opening up the sports facilities at schools sites in this way.

The schools might benefit from an increased profile through sport, and the hope is that vandalism could also be reduced at sites across the city.

The arrangement would not be entered into immediately but more information will be brought to the council on 14 June 2016 to enable it to make a final decision.

Bookbug Week 2016 starts today. The Theme is Around the World with Bookbug and the organisers how that this will inspire children and adults to explore songs and rhyme from all around the globe.

“Songs, rhymes and stories exist in all countries and are a universal thread in children’s early experiences. At least 160 different languages[i] are spoken in Scotland alone, so this year’s Bookbug Week theme offers a fantastic platform to explore and celebrate the many beautiful songs, stories and languages on our own doorstep, as well as from around the world. Visit scottishbooktrust.com for examples of songs and rhymes that are simple and easy for your child to grasp, and have a go at some Gaelic and Scots while you’re there.”

“Bookbug Week is the perfect chance to find out more about the Bookbug programme. Introducing children to books at an early age has many wonderful benefits including giving speech and language development a real boost. This year, Bookbug Week encourages you to explore songs and stories from around the world, and to share these with children in order to enjoy different rhythms and different tunes.”

Bookbug Week 2016 will see free Around the World themed events taking place in every local authority in Scotland, with special appearances from some of the UK’s best-loved children’s authors and illustrators.

Families can find details of all Bookbug Week events and local Bookbug sessions by visiting http://www.scottishbooktrust.com/bookbugweek or asking at their local library.

The Gorgie City Farm is fundraising to ensure that it can stay open. It needs £100,000 and while it had already raised half of that sum in the first week, it appears that there is no room for complacency.

“Gorgie City Farm works with over 100 volunteers every week through training, work experience, social opportunities and personal support. The majority of volunteers are people with support needs, with long waiting lists to join. The Farm also supports young teenagers from disadvantaged backgrounds, providing them with support and practical education they would not find elsewhere.”

A serious reduction in funding means @gorgiecityfarm needs your help to raise £100,000 to keep the charity open! https://t.co/MtsTRdRZMe A major planning application for a vacancy site on King’s Stables Road has been changed following feedback from locals, the planners and in view of current market conditions the developers have told us.

The initial application was lodged at the end of last year to put up a mix of flats, a hotel, an arts facility, student accommodation and commercial units. The development also included some new public areas with routes through the development and improvements to King’s Bridge.

Now there will be five times as many flats (increased from 11 to 59) and fewer student flats.

The development will now include:

The developers have also removed upper floors and introduced what they describe as ‘dynamic roof elements’ to allow the buildings to blend into the Old Town setting. “Following a review of the initial proposals submitted in December 2015, the scheme has been updated in response to market conditions, the consultation feedback and an ongoing dialogue with Council planning officials.

“As we worked our way through the planning process we undertook extensive community consultation, engaging closely with the local community. We have taken account of this and have changed the balance of the mix of uses, including a more than five-fold increase in the amount of housing we had originally proposed to 59 units.

“The scale and massing of the proposed development has also been reduced, with the removal of upper floors. The current balance of uses in this exciting mixed use development is proving very attractive to potential residents and occupiers alike, and will revitalise this neglected part of the City Centre.

“This part of the Grassmarket is not viewed in a particularly attractive light and our exciting proposals will breathe much-needed life into this part of the Old Town providing residential flats, hotel, student accommodation, and facilities to accommodate and promote the arts.”

Primary five pupils from Edinburgh’s Bruntsfield Primary attending the award-winning Battle of Bannockburn experience in Stirling on Thursday of last week had an additional learning experience – they were one of the few people to help raise a saltire flag on the 120 foot historic grade A listed maritime flagpole.

The pupils heaved as the rope tightened and the 18 foot saltire was caught in the wind and raised over the historic site.

Erected in 1870 by the Oddfellows of Dumbarton, the flagpole towers over the spot where Robert the Bruce raised his standard before the Battle of Bannockburn. The 1314 conflict was one of the key events in Scotland’s history and was a bloody and terrifying battle.
Property Manager Scott McMaster said:

“Visitors and locals love to see the flag flying proudly over Bannockburn and they need to be replaced regularly because of the impact of wind and weather. This isn’t a new thing – recent research shows that even back in Victorian and Edwardian times, custodians had to replace flags frequently.

“We usually go through around four flags each year and at £400 each, it’s a significant sum for our charity, especially when we add in maintenance costs too. “ Bannockburn staff and volunteers have begun a fundraising campaign aimed at companies, clubs and organisations who might want to sponsor a saltire. Potential sponsors can contact Bannockburn2014@nts.org.uk. Donations are welcome too – text BBRN14 and the amount to 70070.

Opened in 2014, the Battle of Bannockburn experience is the first heritage centre in the world using Hollywood-calibre motion capture to immerse visitors in a realistic and historically accurate 3D medieval battle.

Since opening, the site has won a number of awards and accolades, including the prestigious ‘best visitor experience’ from the Association of Scottish Visitor Attractions awards.

The Battle of Bannockburn experience was supported by the Scottish Government and the Heritage Lottery Fund. It’s open all year round, seven days a week – book tickets at www.battleofbannockburn.com.