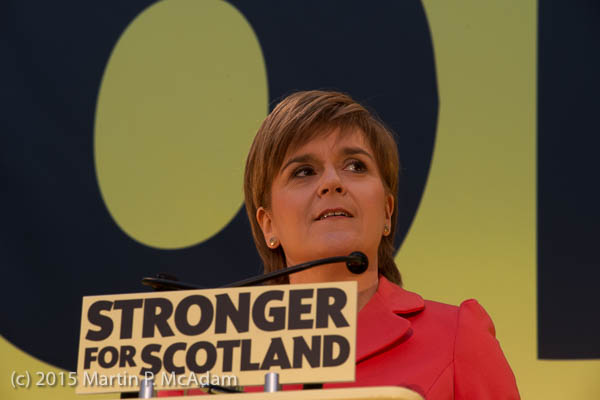 The SNP manifesto will be launched at the EICC this morning by the party leader and First Minister Nicola Sturgeon.

In it the SNP are to pledge what they say is their most ambitious programme for government yet. Laying out the SNP’s detailed prospectus for government for the next five years, Ms Sturgeon is expected to say:

“We have achieved a huge amount since taking office in 2007, and Scotland is a better country today as a result.

“But there is so much more still to achieve, and the SNP will never stand still in seeking to make Scotland an even better nation.

“Our manifesto is a document brimming with ideas and policies to move the country forward and use new powers to create a fairer, more equal society – it is the most ambitious programme for government that we have ever published ahead of a Scottish election.

“This election is our opportunity to focus on the kind of country Scotland can be and who can provide the leadership to make it a reality.

“The decision voters will take in just 14 days time is a simple one – who should form the next government of Scotland and who should be the next First Minister.

“That is what this election is about.  It is not a phoney battle for second place or a game of chance with the electoral system – it is about choosing a government and a First Minister to lead the country forward for the next five years and into a new decade.

“The job of the government and First Minister elected on May 5 will be to stand up for Scotland at every turn, make our public services fit for the future, grow our economy and create opportunity for every child regardless of their background

“The manifesto we are publishing today is bold, ambitious and reforming. It sets out a clear plan for government and a clear path to a better future. It is, above all else, a manifesto for the next generation.”

If the SNP are re-elected to form a government as is widely expected then they will increase funding for the NHS by £500 million more than inflation – and then the important words are – by the end of the next parliament. So £100 million over and above inflation each year will be handed down to the NHS as part of a package.

The First Minister is expected to say: “We had already pledged – and planned – to protect the NHS budget in real terms in every year of the next parliament. However, by making the decision not to give higher rate taxpayers the tax cut proposed by the Tories, we are able to go further.

“I am confirming today that over the next parliament, a re-elected SNP government will increase investment in the NHS by £500m more than inflation.

“This pledge of above inflation investment is a clear sign of our commitment to our most cherished public service. But we all know that more investment in the NHS is not enough – to make our NHS truly fit for the future, we also need to change the way it delivers services.

“That is why we will also use the opportunity of record NHS funding to shift more resources into social care – just as we have done this year, we will transfer funding each year from the NHS to integrated health and social care partnerships to help keep people out of hospital.

“We will also ensure that more of the NHS budget is spent on primary and community care and on mental health. And we will invest in new elective treatment centres to deal with the growing demand for routine operations that comes with an ageing population.

“Investment and reform will ensure that Scotland has a health and social care service truly fit for the future – and it is just one example of the transformation at the heart of our manifesto.” 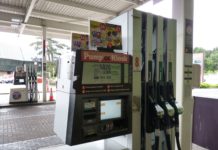