Lewis Stevenson will make history tomorrow if he picks up a winners’ medal after the Scottish League Cup final against Ross County at Hampden Park.

Incredibly in the 141 year history of the club, no Hibs’ player has ever won more than one ‘major’ cup medal (Scottish Cup and Scottish League cup only) whilst at Easter Road.

Many have came close, including Stevenson himself but none have succeeded.

Today the Edinburgh Reporter looks back at the men who nearly made it.

Two years later Hibs were back at Hampden for another League Cup final against Celtic and six of the Tornadoes had the chance to collect a second medal, namely John Brownlie, Pat Stanton, John Blackley, Alex Edwards, Alex Cropley and Arthur Duncan.

Unfortunately it was not to be despite a hat trick from Joe Harper as Celtic ran out 6-3 winners.

In 1979 Arthur Duncan had another chance to win a second medal, this time in the Scottish Cup against Rangers however Hibs lost 3-2 after two replays. Ironically Arthur scored the ‘winning’ goal however it was at the wrong end.

Hibs next cup success came in 1991 when the ‘Team that wouldn’t die’ beat Dunfermline Athletic 2-0 at Hampden in the Skol League Cup final.

Two years later, five of that team, Willie Miller, Graham Mitchell, Gordon Hunter, Brian Hamilton and Keith Wright started against Rangers at Parkhead in the League cup final however they lost 2-1. Gareth Evans and Dave Beaumont were both on the bench that day.

Hibs were back at Hampden five years later where they lost to Hearts. Lewis Stevenson started that game and Ivan Sproule was on the bench.

In 2013 Hibs returned to the national station where they lost to Celtic. On that occasion Lewis Stevenson was listed amongst the substitutes. Scott Brown captained the hoops that day and Anthony Stokes featured for Celtic.

With Lewis Stevenson a certain to start, barring a late injury, he will have the chance to write his name in the history books.

Signed copies of ‘Hibernian: The Life and Times of a Famous Football Club.’ available tonight 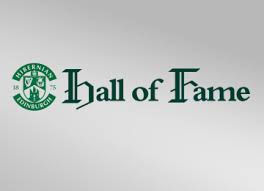 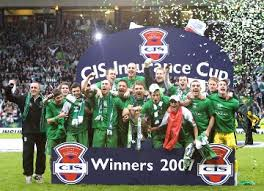