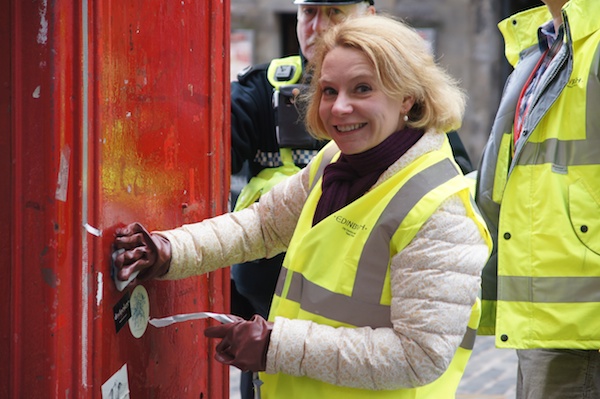 Today saw a small step forward in the long process of trying to achieve a better quality of life for the residents of the Grassmarket.

Many people aren’t aware of the diverse and settled community who have lived in the Grassmarket for many years, along with more recent residents, and who struggle with the changing nature of the area which has gone “from a sleepy backwater” to the centre of a “vibrant and diverse events space”.  This has had a huge impact on the residents and has been largely inflicted on them by the Council.

Having raised these matters regularly over my eight years as a Councillor I don’t think the Council can be unaware of these concerns which are frequently and fluently articulated by the residents.

However, today the Administration of the Council responded to my motion with a positive amendment which commits to putting measures in place to manage amplified noise, busking and events in time for the Summer Festivals this year.  There’s a deal of work to do to make sure that a sensitive management scheme is put in place but this is an important first step in improving the management of this space for the residents and businesses who use this space all year round.

A separate, but related matter which has filled my inbox is how events in the city are managed.  There are over 800 events which take place in the city every year and for the most part these are well managed, the process that goes on behind the scenes works like a charm and many of the promoters bringing events have nothing but praise for officers involved.

This makes it particularly disappointing when the process breaks down and goes wrong.  Last year saw three high profile examples of this which raised important issues about the use of public space and who decides how it becomes private space for the duration of an event.

The three events which caused most correspondence were the partial closure of George Street between Castle Street and Frederick Street for the Fringe Festival, the restricted access to the High Street during the Street of Light and the closure of Calton Hill at Hogmanay.

The Administration has committed to reporting why these instances happened, how the process is working and what lessons can be learned.  The report will be discussed at the Corporate Policy and Strategy Meeting in April which will allow councillors to have a free debate on the principles behind the process.  I believe it is important that Councillors and the public have an opportunity to consider how these decision are taken to ensure that the process is transparent and understandable.

Both the motions I presented for debate today are symptoms of a glaring hole at the centre of the city’s decision making.

I am not convinced that the Council has a clear understanding of its purpose and vision and without such a clear framework to hang our decision-making on it sometimes goes off at a tangent.

I’m clear that the city defines where we came from – it is written in the stones and tells us a lot about the people who shaped our city, both physically and culturally and we should use this as the foundation of our decision-making.

Using your heritage as the foundation for building the future is not backwards looking but shows us how to play to our strengths – the other key driver of our decision-making should be our residents – it is their city, it is they we serve.

I could try and find a third leg but feel it is unnecessary and dilutes the message – heritage and residents – respecting and serving them will guide us in the best way to build the future of the City.

Councillor Mowat’s motions to the meeting of the City of Edinburgh Council earlier today were as follows: