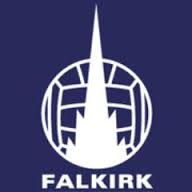 Former Hibs’ full back Kevin McCann has signed for Falkirk on a deal until the end of the season.

McCann has been in as a trialist at the Falkirk Stadium for a couple of weeks and after impressing in two Development League matches he has been offered a deal by Bairns boss, Peter Houston.

The 28-year old spent the first 5 years of his career at Hibs including a loan period at Inverness CT. He played almost 70 league games, scoring five goals and was capped four times by Scotland Under 21s.

After leaving Hibs, the tough tackling defender  went on to enjoy spells at Morton, Livingston and Raith Rovers, before most recently playing for Singaporean side, Warriors FC.

Speaking after confirming the signing, Peter Houston said: “Kevin has done well since coming in on trial. He has worked hard and has a decent bit of experience at this level. I’ve spoken about looking to strengthen in the full back area and I’m pleased to be able to confirm the signing of Kevin to add more depth to the squad.”