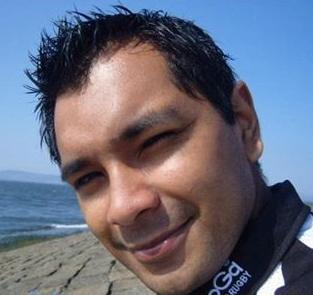 Police are appealing for information to help trace a 29-year-old man missing from the Redhall area.

Nathan James was last seen in Redhall Crescent at around 5am today (Thursday 8 October). He has links to the Mid Calder area and it’s believed he may have travelled there this morning.

Nathan is South American by birth and is described as 5ft 10inches tall, with a stocky build, short black hair and brown eyes. He has a tattoo on his neck, and two on his right arm that include a sun with stripes on his wrist.

Inspector Neill Whiteside said: “We’re growing increasingly concerned for Nathan’s welfare and are asking anyone who thinks they may have seen him since this morning, or has information which can help us establish his whereabouts, to come forward.

“If Nathan hears this appeal, I would urge him to get in touch with either us or his family and let us know that he is safe and well.”