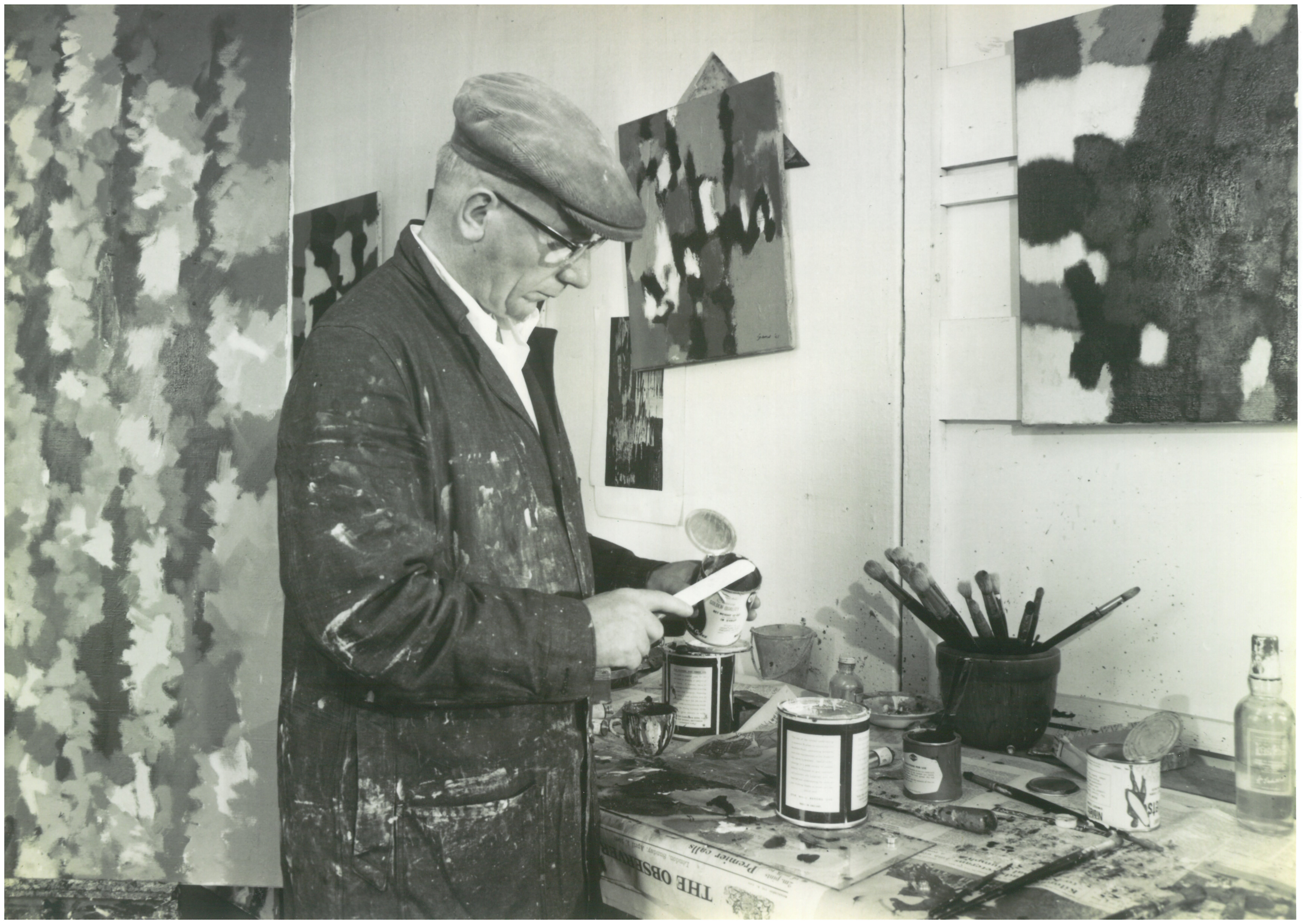 A major retrospective exhibition opens at the City Art Centre this weekend.

Featuring around 120 works spanning his colourful career and coinciding with the centenary of his birth, William Gear 1915-1997: The painter that Britain forgot seeks to re-position William Gear in his rightful place as one of the most advanced British abstract painters of his generation.

Following a successful first run at the Towner Art Gallery this summer, the partnership exhibition between Eastbourne and Edinburgh will run alongside Jagged Generation: William Gear’s Contemporaries and Influences, an exhibition drawn from the City Art Centre’s collection which explores the artist’s links to Scotland.

The Edinburgh Reporter was at the launch of the exhibition and had the opportunity of speaking with David Gear the artist’s son about his father and his work.

Raised in Methil, a Fife mining community, Gear studied at Edinburgh College of Art during the 1930s where he was taught by influential figures such as S.J. Peploe, John Maxwell and William Gillies. He went on to train in Paris under the Cubist artist Fernand Léger before travelling widely during the Second World War, even becoming one of the ‘Monuments Men’ whose job it was to help save parts of Europe’s culture during and after the conflict.

After returning to Paris in 1947, Gear met the avant-garde artists of the CoBrA group and exhibited with them in Amsterdam and Paris in 1949. In the same year his work was shown in New York alongside paintings by Jackson Pollock. He eventually returned to live in the UK in 1950, and continued to exhibit both at home and internationally until his death in 1997.

Councillor Richard Lewis, Culture Convener for the City of Edinburgh Council, said: “How and why William Gear fell into obscurity is quite remarkable. Gear was an artist who was born in Fife 100 years ago, trained in Edinburgh and then went on to create some of the most radical compositions of the 1950s. He was one of the greats of British abstract art and his career and his works tell a fascinating story. These exhibitions cement his place as a pioneer and he is finally getting the recognition he deserves.”

William Gear 1915-1997: The painter that Britain forgot has been created in partnership with the Towner Art Gallery where Gear was curator from 1958 – 1964. It traces his prolific career, from his early pen and ink drawings and experiments in colour during the 1930s and 1940s, to his radical monochrome and block paintings of the 1950s and mature works created during the 1960s and beyond.

As one of the first British artists to present screenprints as works of fine art, the exhibition also presents Gear as a printmaker. This exhibition includes loans from The Estate of William Gear, the Royal Academy of Arts, London and The Redfern Gallery amongst many other lenders.

Jagged Generation: William Gear’s Contemporaries and Influences presents a selection of artworks from the City Art Centre’s own collection. This exhibition focuses on the vibrant circle of Scottish artists associated with Gear – his tutors, friends and contemporaries. It was at Edinburgh College of Art that Gear met like-minded fellow students including Wilhelmina Barns-Graham, Margaret Mellis and Alan Davie, who also made innovative contributions to the post-war art scene.

Gear spent most of his career outside Scotland, yet he retained many Scottish ties and friendships. Jagged Generation showcases Gear’s work within this wider Scottish context, shedding light on his personal and professional relationships, as well as his artistic development.