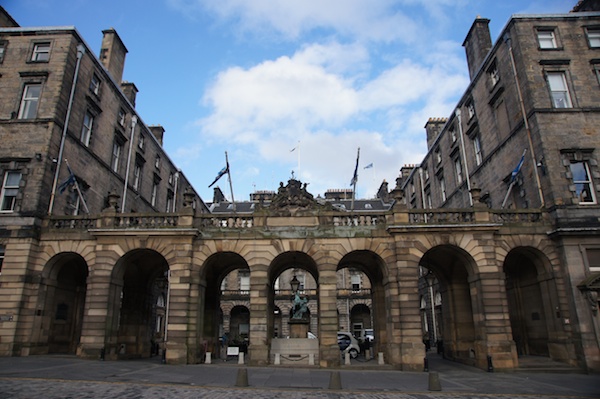 The City of Edinburgh Council will agree next week to break one of its pledges on not making any staff compulsorily redundant.

That is, it will do so if every other attempt to seek almost 2000 redundancies among a council staff of almost 20,000 fails and there is no other way to make the necessary savings.

The estimated cost of any redundancies is in excess of £70million

It is a few weeks now since the council first broke the news that the deficit in their revenue budget is higher than it was thought. They now need to find £126million in savings over the next four years, but want to maintain front line services at the same time.

So how will they manage to get rid of so many members of staff without resorting to compulsory measures?

They say that they are seeking candidates for voluntary early release among a group of about 8,000 members of staff who they describe as being ‘in scope’, and that 1300 of those have indicated they would like to explore the possibility of leaving.

These are the roles (rather than the people) which will not fit in to the restructured council which is envisaged by the transformation programme, and which is already agreed. This leaner, more agile model means that the workforce needs to be streamlined.

The new Chief Executive Andrew Kerr has experience of this level of staff changes, as it is something he experienced in previous councils where he has worked. It is Mr Kerr’s report which will be considered at next week’s Finance and Resources Committee.

The council is already in consultation with the trade unions about whether or not the staff cuts will mean making some staff compulsorily redundant. Although such a measure would be a last resort, the Finance Convener Alasdair Rankin admitted: “We cannot balance the budget with all these staff. We are committed to reorganising the council into four main localities of multi-disciplinary staff and that is where we can reduce roles and save money.”

Council officers now believe that they must be capable of implementing the compulsory redundancy option within an existing 2010 policy.

In an effort to make the Voluntary Early Release Arrangement (VERA) more attractive to staff, the Capital Coalition are tabling a motion to improve the packages which will be offered. They hope that this will allow them to complete any reductions in staff numbers by mid 2016

Instead of offering the statutory minimum of 1 week per year of employment, the council had planned to offer two and a half times that level. Now the Capital Coalition want to increase that multiplier to 2.7 in some cases. Individual awards will be capped at £30,000.

It is hoped that this measure will mean fewer compulsory redundancies, if any, will be needed.

The council plan to keep a very close eye on the number of redundancies and the effect of that on their overheads. They will also be examining carefully the terms of the UK Chancellor’s statement in November and the Scottish Government’s Finance Minister’s statement in the New Year. Both of these will impact on the Scottish Block Grant and thus how much money the council will receive.

A Career Transition Service has been established to help staff affected by the change. This includes career counselling, CV writing and advice on other financial and educational matters.