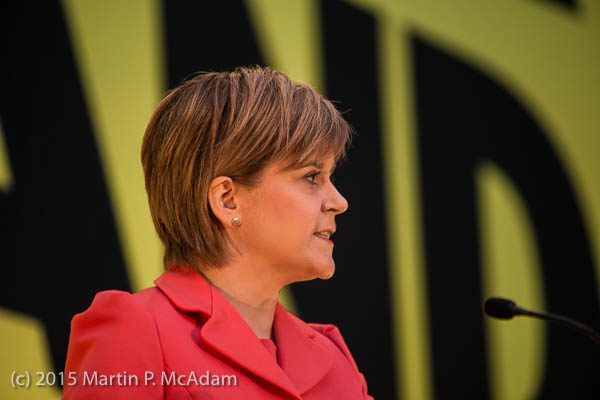 Scotland’s response to the unfolding humanitarian tragedy in southern Europe will be set out at a summit chaired by First Minister Nicola Sturgeon in Edinburgh today.

The First Minister will bring together stakeholders from the refugee community, third sector, local authorities, political leaders and other representatives of civic Scotland in Edinburgh to discuss the situation and set out what Scotland can do to help.

Ahead of the summit, the First Minister has again written to the Prime Minister urging him to sign up to the EU proposals on relocation and refugee resettlement and allow the UK to take its fair share of people fleeing persecution and conflict. A copy of this letter is below.

Earlier in the day, the First Minister told the Scottish Parliament that Scotland stood ready to help refugees in need of help. She said:

“I have taken the step of convening a summit tomorrow to which I have invited humanitarian organisations including the Scottish Refugee Council, leaders of councils and civic organisations and indeed our churches.

“As First Minister of Scotland, I pledge that I will ensure that Scotland does everything possible to help this refuges crisis. I will be far from the only person reduced to tears last night by the picture of a little boy washed up on a beach.

“That wee boy has touched our hearts but his is not an isolated tragedy. He and thousands like him, whose lives are at risk, are not somebody else’s responsibility, they are the responsibility of all of us.

“I am angry, very angry, at the walk on by on the other side approach of the UK Government. I implore David Cameron to change his position and change it today. And I pledge, as First Minister of this country, that we stand ready to help offer sanctuary to refugees who need our help.”