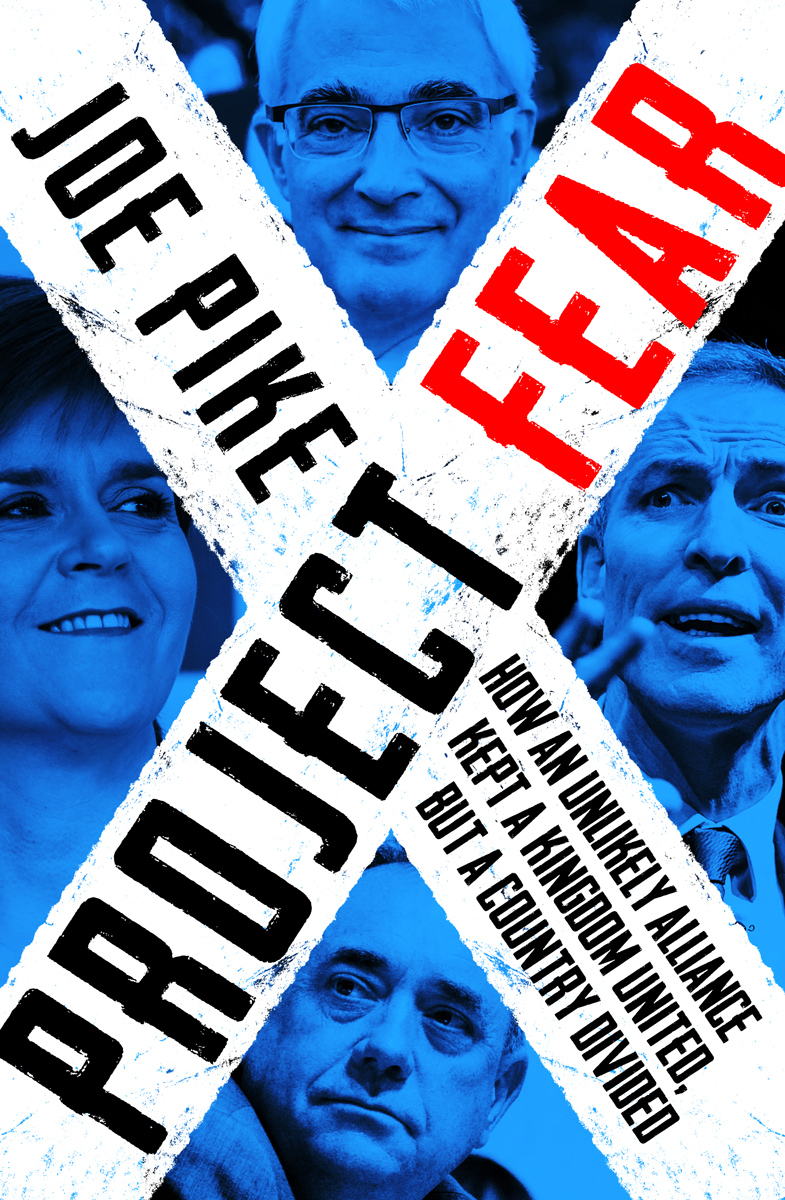 On the first anniversary of the Scottish independence referendum, a new tell-all book will lift the lid on the tactics and tensions behind Better Together and the subsequent general election campaign that left a kingdom united but a country divided.

Due for release on 18 September 2015, Project Fear by Joe Pike delves deep into the nail-biting back-room operations of the referendum’s ‘No’ campaign, examining the striking shift in Scottish political attitudes and its effect on what turned out to be the most unpredictable election in a generation.

Based on over fifty off-the-record interviews with those at the heart of the action, the book takes the reader behind the scenes, exposing the real story of Better Together and the fallout that threatens Labour’s very survival as a party of government across the UK.

With fresh revelations about the events that sent shockwaves through British politics, this book is a must-read for those who voted Yes and No, as well as anyone looking for the inside track on the campaign that continues to affect British politics.

Iain Dale, Managing Director of Biteback Publishing, said: “I am delighted to be publishing Joe Pike’s Project Fear. I genuinely believe I have uncovered a brilliant new political writer. Joe tells the gripping story of the referendum and general election as if he is writing a thriller. His unrivalled sources enable him to give us the real story – not some partial account by someone on one or other side of the debate. Joe’s revelations will be uncomfortable for some and comforting for others. The reader is left with the impression that the fact that the UK remains intact is more down to luck than judgement.”

Joe Pike, author of Project Fear, said: “It has been hugely enjoyable speaking to Labour, Conservative and Liberal Democrat politicians and advisers about their experiences of the past four years. I realise this book will make difficult reading for many involved, but hope they recognise it is a fair account of a fascinating time in modern British history.”