“At this time of the rolling year I suffer most,” says the ghost in Dickens’ ‘Christmas Carol’ as he compares the world around him with the kinder, gentler world he wishes for. And there is an echo of Dickens’ Victorian times in the food-bank Britain of today. We have come through six years of austerity with little to show for it but another small and temporary spending boom. But, hey, Christmas is a time for a little light in the darkness of winter and for a bit of perspective.

2014 has been an extraordinary year for Scotland, the best of times and the worst of times. We had the driest summer on record but the wettest winter. We had the highs of the Commonwealth Games and the Ryder Cup but our main sport, football, has stumbled from crisis to crisis. We had a rip-roaring referendum campaign but an indecisive result which has left our politics in turmoil.

In the world at large, the triumphs have been out-weighed by the disasters. We landed a spacecraft on a tiny comet on the edge of the solar system but we are struggling to contain the Ebola virus. We enjoyed an exciting World Cup but the Winter Games were overshadowed by Putin’s more threatening Russia. We have brought the war in Afghanistan to end but the flames have broken out again in Iraq.   Syria continues to bleed its refugees into the rest of the troubled Middle East. And Islamist terrorists have struck at soft targets and put us all on our guard.

We all have our own images from 2014, memories of events which startled us enough to note them in our diaries. For that they are worth, here are mine.

January The month began with storms lashing Britain and the USA, causing us to wonder again about how bad climate change is going to get. In the middle of the month, hundreds of people in Edinburgh turned out to look for 3 year-old Mikaeel Kular. His body was eventually discovered in a garden in Fife and his mother was jailed later in the year for culpable homicide which she admitted.

February The storms continued, hitting the west coast of Britain, flooding the Somerset levels and long stretches of the Thames. The Winter Olympics were held in the Russian town of Sochi.

March Russia took Crimea from the Ukraine. A Malaysian airliner disappeared over the Southern Ocean. The pilot is widely thought to have been responsible, but nothing has been proved as the plane has never been found. Veteran Labour politician Tony Benn died.

April 12 year old Keane Wallis-Bennett was killed when a wall collapsed on her at Liberton High School, just up the road from my house. Veteran nationalist politician Margo MacDonald died. Conservative minister Maria Miller resigned in yet another Westminster expenses scandal. A South Korean ferry capsized killing over 300 people, many of them schoolchildren. The captain and owner were later jailed.

May 200 schoolgirls were kidnapped by Boko Haram terrorists in northern Nigeria, the first of several attacks during the year in Nigeria by the fundamentalist Islamist group. UKIP won the Euro- elections. The Glasgow Art School burned down. The trams started running in Edinburgh. Hibernian joined Hearts and Rangers in the second division of Scottish football.

June There was a re-enactment of the Battle of Bannockburn to mark the 700th anniversary. Rolf Harris was jailed for indecent assaults on young girls, one of several high profile entertainers brought to book for offences committed decades ago but only revealed by the Jimmy Savile scandal. Indeed our shocking history of child abuse in institutions such as the church, children’s homes, scouts and even the Westminster parliament are now the subject of major enquiries about to get underway.

September Scots voted by 55 per cent to 45 per cent to stay in the United Kingdom. Unionist leaders vowed to give the Scottish Parliament more powers. Alex Salmond resigned allowing the opportunity for Nicola Sturgeon to take over a triumphant SNP with membership quadrupling to over 80,000. Europe won the Ryder Cup at Gleneagles. There were mass demonstrations in Hong Kong against the Chinese regime.

October UKIP won the Clacton by-election and another in Rochester a month later. Johann Lamont resigned as leader of Scottish Labour saying she was fed up being treated as a branch office. The Ebola crisis in West Africa hit the headlines. The end of Britain’s 13 year long military mission in Afghanistan. November We remembered the start of the First World War. But war goes on with the numbers killed in Syria’s two years of civil war reaching 200,000. Nine million people have been displaced. USA and China reached agreement on limiting climate change emissions. The European space ship Rosetta successfully landed a robot on Comet 67P, looking for clues as to how life arrived on Earth.

December The Chancellor announced yet more austerity in his autumn statement to parliament. Oil prices tumbled and inflation fell to 1 per cent. Jim Murphy was elected leader of Scottish Labour. And the year ended with yet more Islamist terrorist attacks, one in Sydney Australia and another in Pakistan where the Taleban killed 132 children and nine teachers at a school in Peshawar.

In this trudge through the year, we seem to have taken one step forward and two back. For every good news story, there are two bad ones. Perhaps this dismal picture is the fault of journalists like me who find it easier to report disasters and catastrophes than slow-burning developments like scientific advances or the daily good works of companies, charities, local councils and governments.

In any case, at Christmas time we generally retreat from the world outside and measure our own private happiness or sadness. This is as it should be perhaps. But sudden outside events do give us a wake-up call, an ice-bucket challenge, alerting us to what is happening around us and what we need to put right.

By the end of ‘A Christmas Carol’ Scrooge is sufficiently frightened by his ghosts that “ever afterwards, it was always said of him that he knew how to keep Christmas well.” 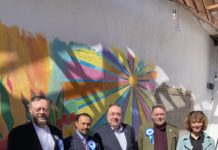 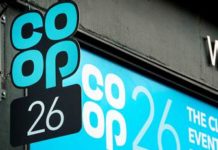