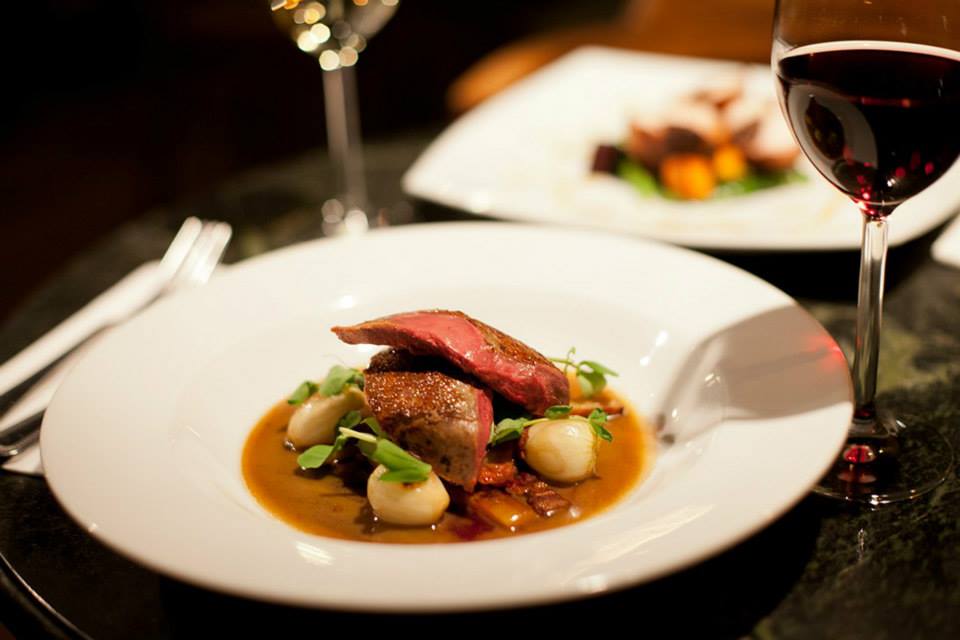 The Bon Vivant was one of four finalists in the Spirited Awards category for ‘Best International Restaurant Bar’ – an award recognising the world’s best restaurant bar dedicated to creating a great dining and cocktail experience for their guests.

They were the only Scottish entrant in this category, competing against Delicatessen (Moscow), Spitalfields Bar at Hawksmoor and Blind Pig at Social Eating House (both London) at the event which was attended by over 20,000 people. The Bon Vivant team were critiqued on their approach to aperitif and digestif drinks, cocktail and food pairings, general bartending and mixing excellence. The Edinburgh Reporter is delighted to hear that they won the competition which is a fantastic achievement for the team and proof all their hard work is worth it – Congratulations to all! Founder and Director of The Bon Vivant, Stuart McCluskey picked up the Best International Restaurant Bar award at the glittering Spirited Awards ceremony on Saturday July 19th in New Orleans.


Stuart McCluskey said “Winning the Spirited Award at Tales of the Cocktail is a stunning result for The Bon Vivant. To even feature in the final four for the Best International Restaurant Bar 2014 category was incredible, but to win against such reputable establishments makes me very proud of what The Bon Vivant team has achieved since we opened on Thistle Street in Edinburgh in 2008. The Spirited Awards are the drinks industry Oscars and I was honoured just to be in the same room as so many peers whom I admire and respect. This win puts The Bon Vivant and Scotland on the global drinks map and gives us so much to build on for the future. We are delighted.”

Chairman of the International Judging Committee and Global Trade Advocacy Director for Bacardi, Jacob Briars said:  “The Spirited Awards are regarded as the pinnacle of the industry. 50 well-travelled industry veterans voted on the top bars around the world, with nominations from more than 40 countries.  The Bon Vivant’s recognition is a testament both to the amazing vitality of the Edinburgh hospitality scene, and to the hard work and passion of Stuart and his team. It is known around the world for its combination of high standards and relaxed atmosphere; I never visit Edinburgh without stopping here.”

Here is the recipe for one of their award winning creations Wing Tip for you to create at home (or head over to the bar and they will make it for you)!

Stir, then pour over an ice block and served with a chocolate coated cherry.

The Bon Vivant has been open since August 2008 on Thistle Street with the Devil’s Advocate opening this year on Advocates Close joining the group of restaurants which also include The Bon Vivant Stockbridge, and Pep and Fodder.  Each of the establishments to create an environment similar to those found on the continent; where dining is often informal and casual yet of a very high standard. The Bon Vivant is renowned for its winning formula of providing an informal ‘European’ style of dining, whereby high quality food is savoured and complemented by excellent libations in a stylish, relaxed setting.  It is no stranger to industry recognition, with three awards under its belt. It received a Scottish Style Award for Most Stylish Bar in 2011, won the 2013 Food & Travel Magazine Bar of the Year award, and has been recommended in the Michelin Guide in 2013 and 2014.  It is the first Scottish establishment to ever receive a Spirited Award.

Their food philosophy is a selection of simple but well executed dishes that focus on flavour and quality produce. The food menu changes daily, as chefs aim to make dishes creative and keep ingredients seasonal. The smaller tapas-style dishes make a tasty accompaniment to your beverage, with offerings such as padron peppers and my all time favourite haggis bon bons!

Main courses are seasonal and all very tasty too with roast cod, salt cod brandade, ratatouille, olives & tomato or loin & belly of pork, sweet potato, red onion, black haggis. The dessert selection has some good options such as home made ice cream. Alternatively, the extensive cocktail menu is also a great after-dinner choice, with daily specials listed on the board and more than 44 wines in stock and all available by the glass.