In yesterday’s Scottish Parliament debate on child poverty, Alison Johnstone, Green MSP for Lothian, urged consideration of ideas including a basic income for all citizens.

Alison, a member of Holyrood’s economy committee, highlighted a range of research including:

-A paper by the Joseph Rowntree Foundation which says the single biggest risk to progress is benefit cuts and growing use of sanctions.
-Research by the Fawcett Society which says a fifth of British women’s income comes from benefits, while for men the figure is one-tenth; therefore the loss of benefits and services hits women hardest.
-The Jimmy Reid Foundation report ‘In Place of Anxiety’. The authors Willie Sullivan and the late Ailsa McKay focused on tackling the poverty wages that create in-work poverty.

Alison said:-“We live in a wealthy nation yet inequality is increasing, and the austerity agenda has a particular impact on women and children. Families struggling have not chosen to be in poverty, and are bearing the brunt of the UK cuts making the situation worse.

“One idea we would do well to explore is the citizen’s or basic income. This would replace our incredibly complex welfare system and end the stigma that many people face.

“It’s essential we measure our economic success on how we close the gap between rich and poor and how we create a fairer society for children.”

Gordon Kennedy stars in a horror film at the Cameo tonight at 11.00pm.   Kennedy is one of the former members of the Absolutely team and started his career in The Bodgers at the Fringe along with other Watsonians.

The Borderlands was a huge success at Frightfest 2013. Watch the trailer if you dare…..or book a ticket!

With still 11 weeks to go until the 14 June glamour event, the East Lothian course has less than 1800 briefs remaining, with 6000 admission tickets already snapped up and all hospitality packages sold out.

And race goers only have a few days left to take advantage of an Early Bird offer of a £30 admission price, with tickets priced at £35 from 1 April.

Racecourse bosses have been overwhelmed at the runaway success of the event which has attracted maximum capacity crowds in each of the 10 years it has been held.

But this year’s sales have exceeded all expectations with over 6000 tickets booked at the three-months-to go mark, an 85% increase on sales at the same point in 2013.

Musselburgh Racecourse commercial manager, Mary-Ann Sandercock, said: “The rate of sales for Stobo Castle Ladies Day has been truly astonishing this year and we expect to be Sold Out within the next week or so.

“Last year’s event was such an outstanding success that word-of-mouth, combined with some very smart marketing initiatives, have grabbed the attention of thousands of smart women who know they will enjoy a top quality day at Musselburgh’s Ladies Day.

“Our Early Bird discounted admission rate ends at midnight 31 March and with monthly pay packets about to hit people’s bank accounts we expect a very busy weekend which will tip us toward our maximum capacity level and help us achieve the perfect 10.”

Edinburgh International Science Festival 2014 celebrates Science at the Heart of Everything, inviting audiences of all ages to discover the science all around us over two weeks from 5 – 20 April – right across the school Easter Holiday period.

The Festival’s main venue City Art Centre hosts a series of exciting workshops for children as young as three year olds. Let them snuggle into the Storytime Tent or explore the science around us with Nina and the Neurons. Older kids can explore a giant digestive system revealing the mysteries of human biology in Energise!, right after dissecting an eyeball in VisualEyes or performing surgery in ER. Kids can get gooey and create their own blood clot at the Blood Bar or solve a crime mystery working as a forensic scientist in CSI. Explore this and more with the daily pass starting from £5.

The Edinburgh International Science Festival runs from Saturday 5 to Sunday 20 April 2014. Full details of the 2014 programme can be found at www.sciencefestival.co.uk. Tickets for all events can be booked online via the website or through the Box Office on 0844 557 2686. And just because it is Friday……Why not celebrate the end of the week Madmen-style at The Caley Bar’s Martini Fridays.

Michael Nawrot, head barman, at the iconic bar at Edinburgh’s West End, recommends his own favourites.  ‘Opulence is gin based, mixed with pink grapefruit muddled with fresh white grapes and stirred with lillet blanc coated ice.  This one would definitely be for Christina Hendricks character Joan Harris while Don Draper (Jon Hamm) would ask for the bourbon based Manhattan.’

The bar’s signature cocktails also feature strongly on the drinks menu.  They include an Old Fashioned, Garden Party Martini, Newgroni and Caprioska.  Michael continued: ‘We have a wide selection of new and more traditional cocktails and martinis, there’s definitely something for everyone.’ 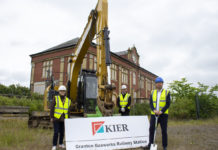 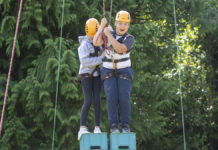