The council’s repairs service is set for a new lease of life according to plans being unveiled at the Property Sub-Committee later today and to be verified by the full council next week.

Closed down amid the scandal of misdemeanours among the council officials, the newly named Shared Repairs Service opened its doors at the beginning of April 2013.

Edinburgh council is unique in having a role in helping property owners sort out common repairs in tenements. The way it works is that the council imposes a statutory notice on a property calling on all the owners to put their property in order. For example the council might require the owners to carry out a roof repair, or an internal repair to the common stairway. Generally the statutory notices require works to make the building safe.  In the event of the owners of various properties failing to reach agreement to do the work, the council can proceed to have estimates obtained and instruct the repair, billing each property owner for it.

Now in a new move the council plans to bill property owner for any emergency repairs in advance of the work being carried out.

The council also undertake to clear the backlog of old statutory notices which have been left on hold while the scandal involving the council officers was investigated.

The role of the Statutory Repairs Service (SRS) was put out to consultation last autumn. Although eight members of staff were employed by the new SRS system seven people were offered voluntary redundancy.

This is a sizeable problem in that over £34m is outstanding, some of which is work yet to be billed and over £1m is being pursued through the courts.

Further proposed changes will be made public later this morning when the council publishes its papers for next week’s council meeting.

Stop Climate Chaos the organisation dedicated to action on climate change are organising a demonstration at St Andrews House on 30 October 2013  to try and persuade the Finance Secretary to double investment into walking and cycling in the 2014/15 budget.Find out more here. They explain why:-“We all need to move about, whether that’s popping down to the shops, commuting to work, taking children to school or going on holiday: everyone uses transport in one form or another.   Enabling more people to walk and cycle is a crucial part of reducing our collective carbon footprint.

The Scottish Government has the power to transform the way we move around, but at the moment only  a tiny fraction (just over 1%) of the total transport budget in Scotland is allocated to cycling and walking.” 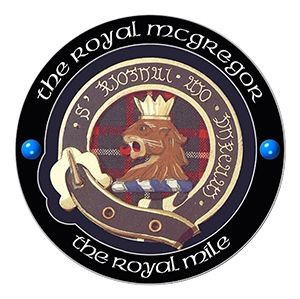 If you are a football coach or interested in getting involved with youngsters playing football then this might be for you.

Beechwood FC, based at Gyle Park, Edinburgh are looking for a couple of coaches to help with the transition of their existing 2002 squad from 7-a-side to 11-a-side football in 2014. Experience preferred but not essential as training will be given.

The club are also looking for a coach to work with their existing 2005 squad. Previous experience is not a pre-requisite for this age group as the coach would be working with an experienced coach and qualified First Aider.

On 20 October 2013 some of Scotland’s finest suppliers of wedding services will come to The Scotsman Hotel. Exhibitors range from luxe designer cake makers to wedding planners, so you can ensure that each aspect of your big day is carried out in style.

You’ll be greeted with a glass of Prosecco at the free entry event, and are welcome to browse the stalls from 12pm-4pm. There will be goodie bags filled with inspirational trinkets, and a chance to explore one of Edinburgh’s premium wedding venues – the Scotsman Hotel

Book your wedding at our 5 star hotel and we will do everything we can to make your day unforgettable. Those attending the Wedding Fayre will receive 10% off their wedding package upon payment of a £500 deposit. This offer is valid for weddings of 50 guests or more happening from now until 2014.

Today at The Cameo you can see the film Enough Said starring the late great James Gandolfini which he completed just before his untimely death. Apart from the melancholy of that fact, the film is billed as ‘a complete joy’. With a staggering 95% rating on Rotten Tomatoes this would seem like the perfect way to start off the weekend. Booking details for The Cameo here.

If you have other ideas then do let us know what you’re up to!