£39,725 CONFISCATED FROM HEROIN AND COCAINE DEALER WHO OPERATED FROM WITHIN PRISON

At Edinburgh Sheriff Court today, a Confiscation Order for £39,725 was made against Paul McIntyre (29).

McIntyre, who is from Liverpool, but who is currently in prison, pleaded guilty on 17 October last year to a contravention of the Misuse of Drugs Act, admitting that he was concerned in the supply of heroin and cocaine.

The offences occurred between March and June 2011, when Paul McIntyre was a serving prisoner in Edinburgh prison. McIntyre was orchestrating drug transactions by mobile telephone from prison, instructing couriers to bring drugs from Liverpool to Glasgow and Edinburgh.

He was sentenced to 9 years, 6 months imprisonment.

Lindsey Miller, Head of the Serious and Organised Crime Division (SOCD), said:-“Paul McIntyre contributed to the operation of a drugs network from behind bars in Edinburgh. His conviction for the supply of illegal drugs means that he is deemed to have a ‘criminal lifestyle’ under the Proceeds of Crime Act, and this entitles us to assess his income for six years prior to the date of the offence.

“After this analysis, £153,000 could not be accounted for legitimately.

“Today’s confiscation order for almost £40,000 represents the full amount of these illegal profits available to us at this time.  It should be stressed that, should McIntyre obtain any cash or assets in the future, in certain circumstances we can ask the court to recalculate the confiscation order up to the amount of the benefit recorded.

“The money will be added to the £60 million already gathered from Proceeds of Crime and will be re-invested in the community by Scottish Ministers, through the CashBack for Communities programme.” 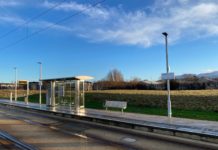