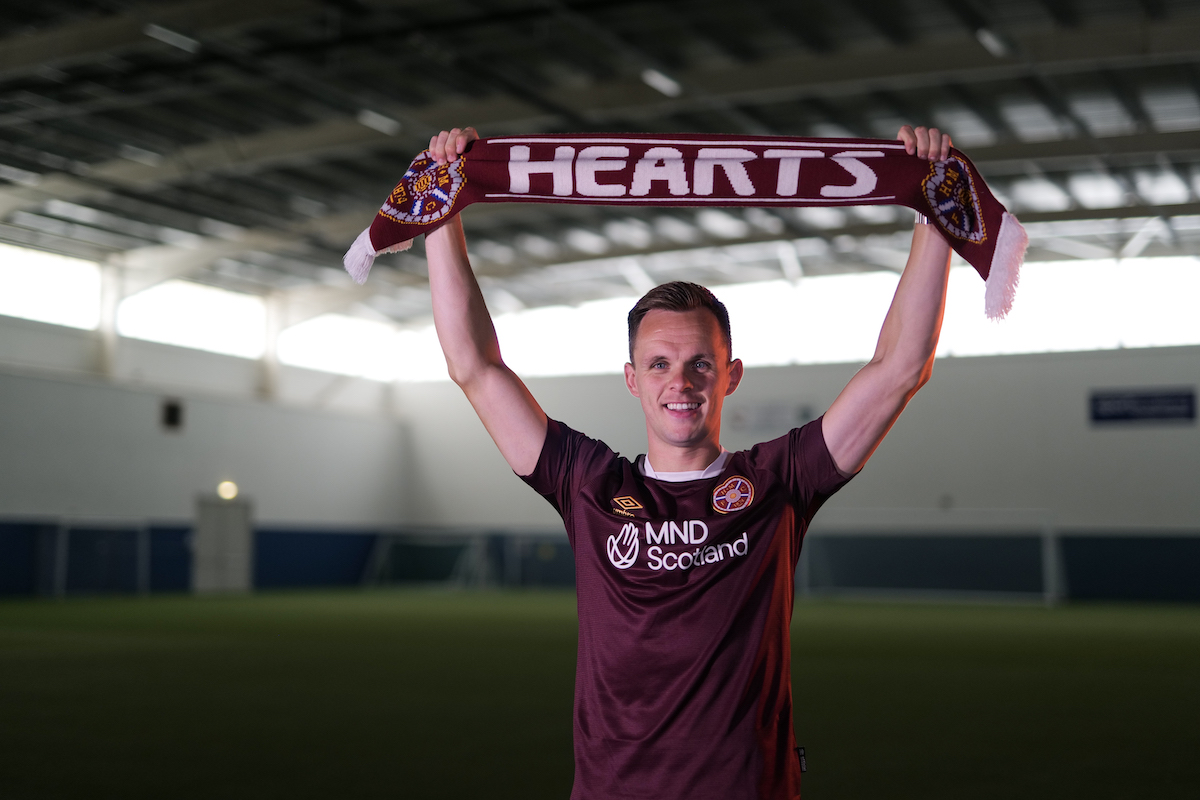 Last month’s article advised readers to keep an eye on the Lawrence Shankland to Hearts transfer saga. It seemed that all parties were keen on a deal for the Beerschot striker and finally, on August 20 he agreed a three-year-deal at Tynecastle.

On paper, this looks like a very good signing, however some Scottish football fans have voiced concerns about Shankland’s supposedly poor goals tally in Scotland’s top-flight.

Delving a little deeper into his season in the Premiership at Dundee United you will see that his stats are not as bad as they first seem.

First of all, Shankland’s record that season was 8 goals in 32 games. Ok, it is not the best record a striker has ever had, but it is definitely not the worst. Secondly, Shankland played in a Dundee United team that scored the fewest goals in the league that season (32) and finished 9th in the league.

The Dundee United manager at the time was Micky Mellon, who was a manager who liked to defend from the front. It is worth noting that the Dundee United goalkeeper, Benjamin Siegrist kept 12 clean sheets that season, only Allan McGregor and Joe Lewis kept more.

To cut a long story short, Shankland spearheaded a United side that lacked creativity and in Mellon they had a manager who was more interested in defending than attacking.

In contrast, a move to Robbie Neilson’s Hearts could be the perfect move for the striker who turns 27 in August. The pair have previously worked together and with great success.

Shankland was the top scorer in the 2019/20 Championship season that saw United comfortably secure the title and return to the Premiership under Neilson’s management.

Moving on to his new teammates, Hearts created and wasted so many chances during their successful Premiership return, but with Shankland leading the line this is unlikely to continue.

Barrie McKay, Liam Boyce, Jorge Grant, Josh Ginnelly, Gary Mackay-Steven, and Alan Forrest will be just some of the players hoping to supply Shankland with the appropriate service and that is before we mention Hearts’ attacking full backs in Nathaniel Atkinson and Alex Cochrane who will be bombing forward and firing crosses into the box for the striker.

Scotland internationalist Shankland is undoubtedly a born finisher in the box and that is where you would expect he will score the majority of his goals at Hearts, but at United he displayed his footballing brain to score from all areas of the pitch, most notably when scoring from his own half at an empty Tannadice against St Johnstone.

To sum up, the argument that Shankland can’t score goals in Scotland’s top-flight is lazy and also unproven at this stage.

The team he has just joined is incomparable in terms of creativity to Mellon’s United and if he can stay free of injuries you wouldn’t back against the Scot becoming the first Hearts player since John Robertson in 1992 to score 20 goals in a single season.