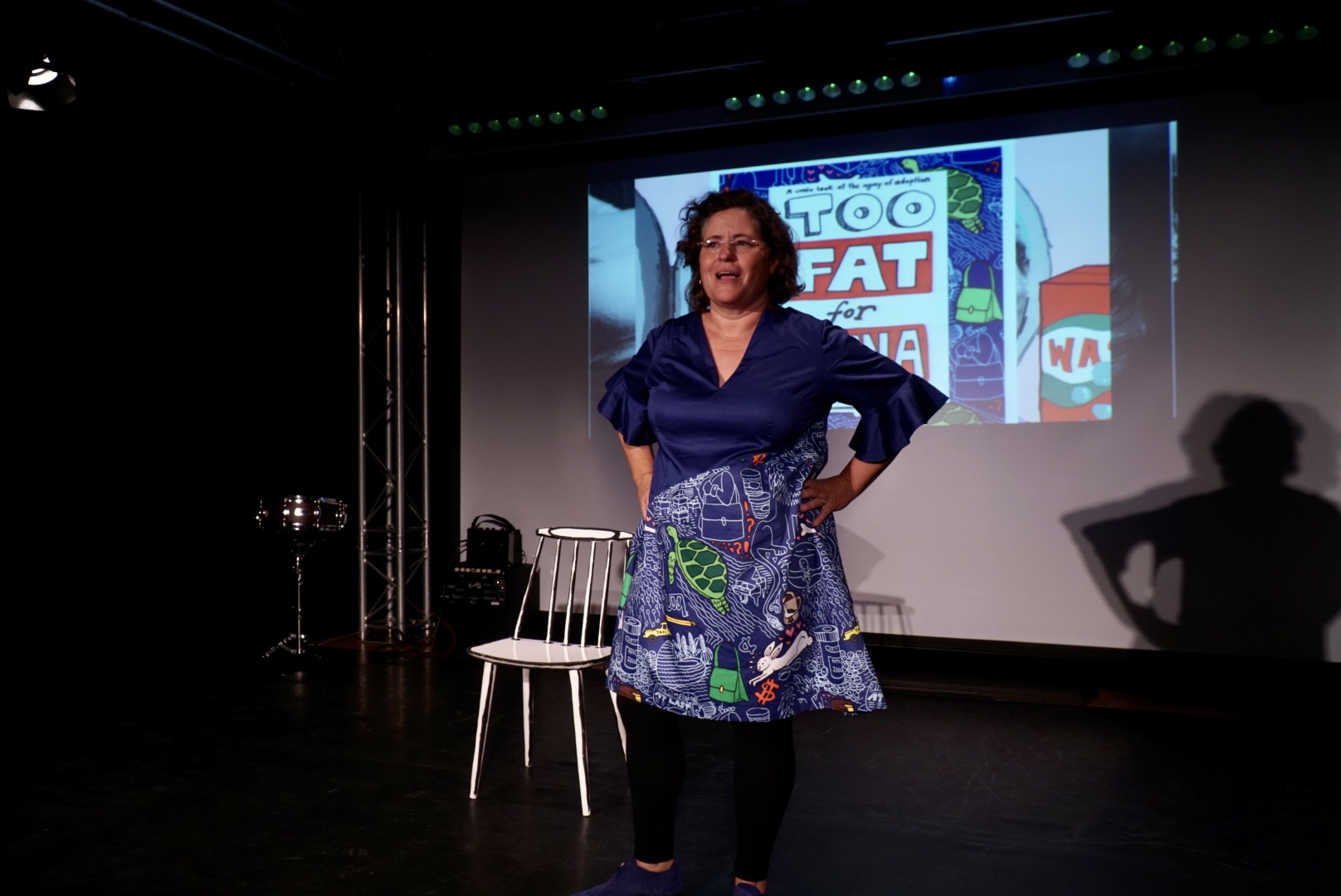 Too Fat For China comes to Edinburgh straight from Boston, as Phoebe Potts in her one-woman show takes a comic look at the Agony of Adoption.

We caught a short piece of Too Fat For China at the Greenside press preview and Potts is slick and snappy.

TOO FAT FOR CHINA follows Phoebe Potts, comic storyteller and professional Jew, as she tries, fails and eventually succeeds to adopt a baby.  After a US adoption goes horribly wrong, Potts finds herself surprised, disgusted and ultimately resigned to the role she plays as a middle class white lady in the business of adopting babies in the US and internationally. Potts’ tragicomic journey is about looking for more, more love, more life and more family and will do anything to get it, including having her morals and values fold in on themselves.

A native of Brooklyn, where everyone was indignant before breakfast, Potts learned to tell stories to get her family to like her and to understand thorny issues. In TOO FAT FOR CHINA, Potts uses humor and honesty to tell the irreverent story of the terrible things she did for love. She comes to the stage armed with her drawing sketchbook and a team of two-dimensional characters direct from the newsroom in her head.

Coming from sold out performances at Gloucester Stage Company, The Modern Theatre of Boston, and the Mosesian Center for the Arts in Watertown, this comedic theater performance is a sequel to Potts’ graphic memoir, Good Eggs (Harper, 2010), which charts her travails with infertility and the endless rounds of treatments and miscarriages she and her husband endured. Roz Chast, the New Yorker cartoonist, called Potts’ memoir “sometimes funny, sometimes sad, but always honest, intelligent, and completely involving.”

Potts’ day job is teaching and learning Torah with children and adults through “Visual Midrash.” Potts designed this class to help students who come from families who identify as Jewish to find a connection to the ancient texts for themselves by asking lotsa questions, and making art about the answers. Potts lives with her family in Gloucester, Massachusetts.

Tickets are now on sale and available at https://tickets.edfringe.com/whats-on/too-fat-for-china or www.toofatforchina.com