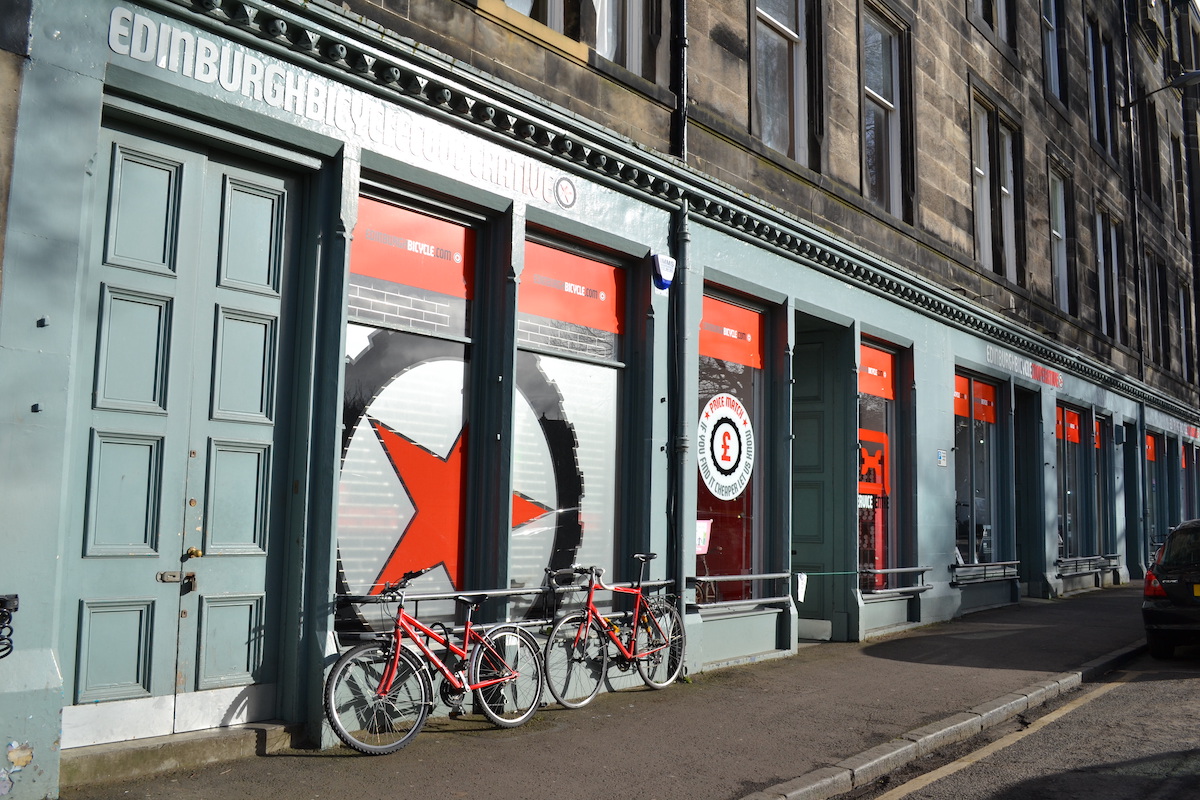 It is just over 45 years since three friends who shared a love for all things cycling decided that together they would set up a workers’ cooperative. They were Chris Hill, Gerry Murray, and Morag Ogilvie, and they believed in a fairer way of doing business.

Founded in 1977 as a single shop in Edinburgh, “Recycles” was born and later renamed as Edinburgh Bicycle Cooperative. The company is one where the workers have an equal say in the business, and profits are shared equally among the employees.

Now almost half a century on, Edinburgh Bicycle Cooperative has five shops in Scotland and Northern England, including Edinburgh, but their founding principles remain the same. After working with the Bike Coop for a year, each employee is invited to become a member with an equal share in the business and a vote at their AGM. This shared business model has ensured that the Bike Coop has stood the test of time and that it continues to be a great company to be a part of.

The UK’s longest running bike cooperative is known for a lot of firsts, including being the first in Scotland to stock mountain bikes back in 1984, creating their own bicycle brand “Edinburgh Bicycle” in 1985, launching one of Europe’s first cycle shop websites in 1996, stocking “Revolution” bikes in 2003 which can still often be seen all over the UK. More recently the Bike Coop has been supporting the growth of the e-cargo bike as a cheaper, healthier, and more sustainable form of transport for individuals and businesses.

Today, the bike industry is really in the spotlight. With electricity and fuel prices soaring, cycling is a great way to help people financially, physically, and mentally. And with an ever-rising interest in supporting homegrown businesses, especially ones that truly care about their team members, the Bike Coop’s employee-ownership model is even more valued than it was back when it started.

Community is a big part of what it means to be a cooperative. That is why Edinburgh Bicycle Cooperative’s shops are open seven days a week offering free bike safety checks and advice on anything from beginner’s cycling tips to saddle fittings. They also rent out smoothie blending bikes to schools to teach children and adults about healthy living, and to charities to help with fundraising. With Covid restrictions lifted, they hope to be offering their popular bike maintenance classes again soon to help build cycling confidence and life skills.

What really makes the Bike Coop stand out is the honesty and expert knowledge of their staff. They build a relationship with each customer to ensure that they find their perfect bike. Offering all types of bicycles, including road, gravel, mountain, hybrid, folding, cargo, e-bikes, and kids’ bikes, from carefully selected, high-quality brands such as Specialized, Giant, Liv, Kalkhoff, Whyte, Brompton, Tern, and Frog.

The Bike Coop also offers advice on servicing and all the gear to go with your new bike, so that you can be sure that you’ve got everything you need to pedal off on your next adventure.

DISCLAIMER – Yes – The Edinburgh Reporter is a customer.