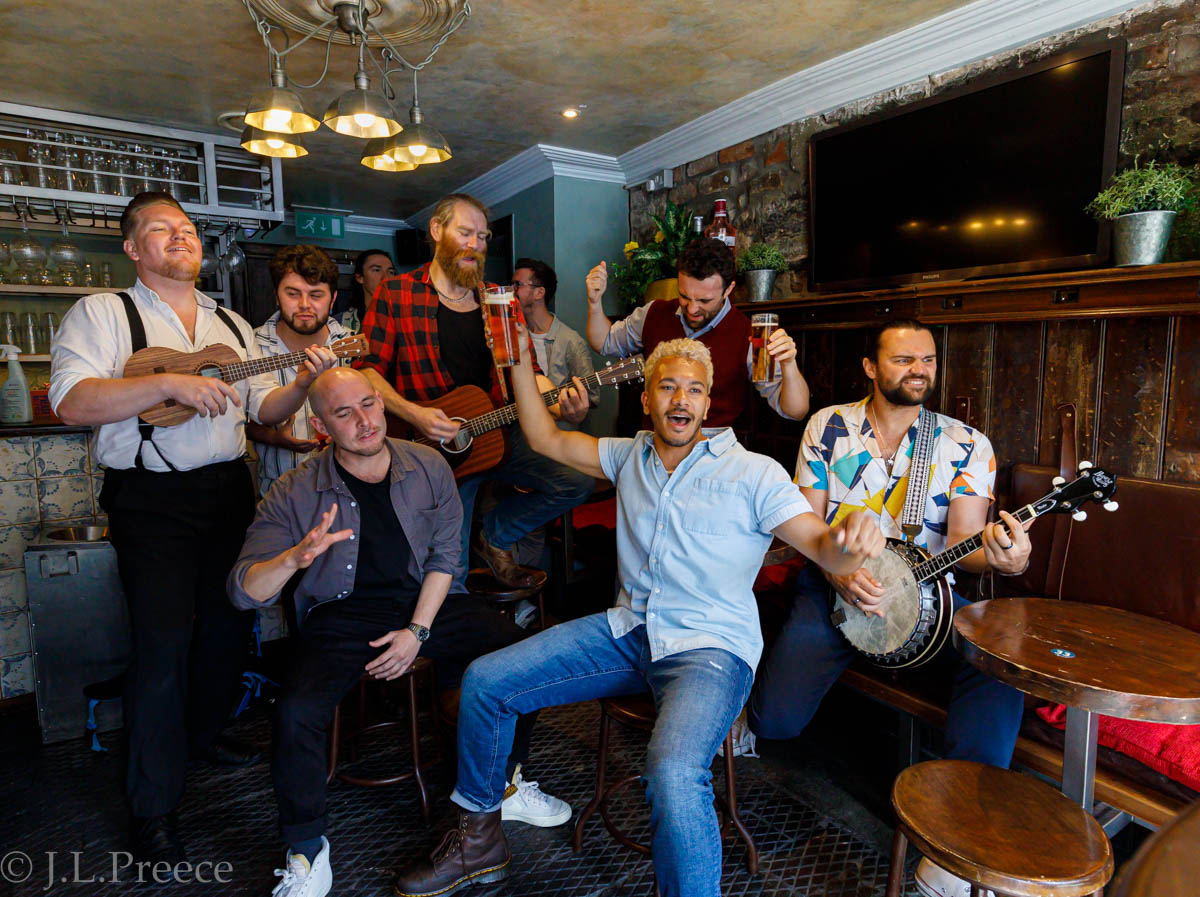 From creative minds Nic Doodson and Andrew Kay, The Choir of Man is 60 minutes of unadulterated entertainment that combines high energy dance, foot stomping choreography and the incredible talent of nine ordinary guys who perform everything from sing-along classics to classic rock.

Imagine the greatest pub gig you’ve ever been to and multiply it by 10 and you’ll still be nowhere near the fun that this show exudes throughout. Featuring pub tunes, folk, rock, choral and West End numbers, the cast features world class tap dancers, singers, instrumentalists and story tellers, ensuring that there is something for everyone in this joyous and uplifting show for all ages.

Not only is the concert set in a pub, but there is a real working bar from which the cast will pull pints and invite audience members to get up close and personal with the show, witnessing the action from chairs and tables among the guys. Come ready to drink in the action!