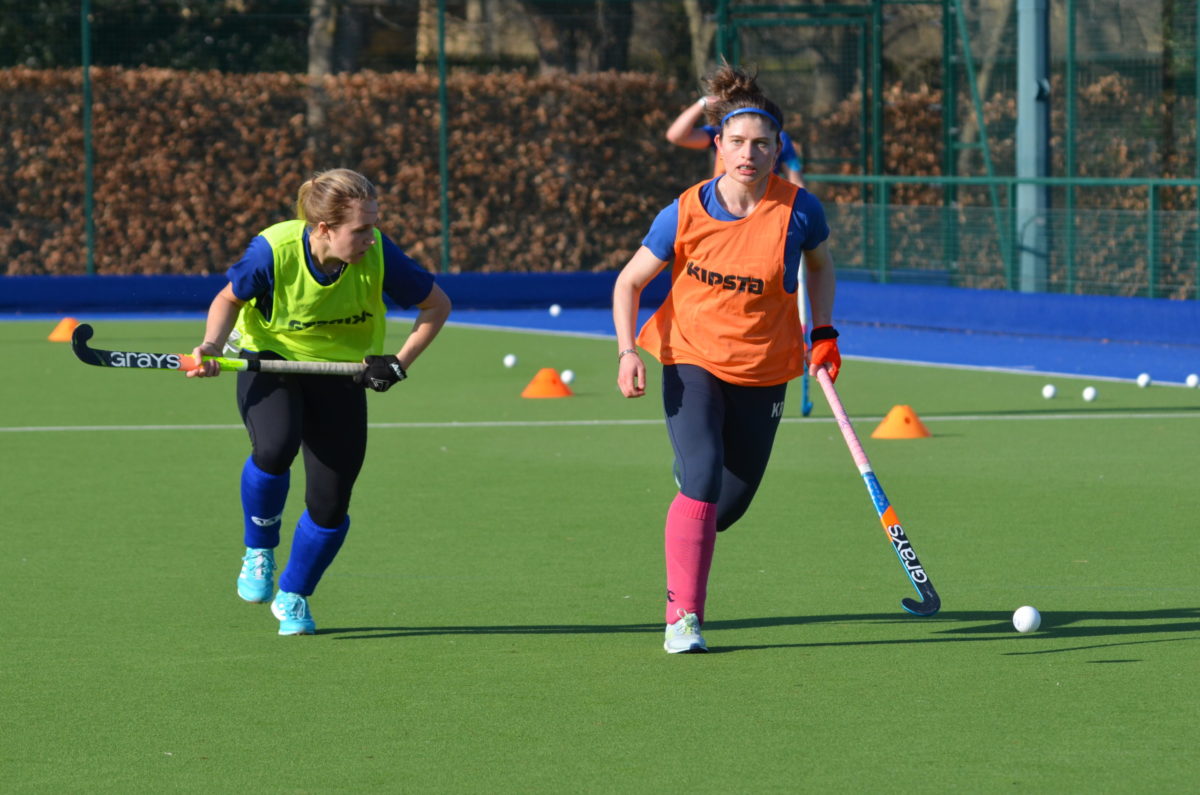 Scotland’s vice-captain Katie Robertson admitted she is relishing the prospect of a fifth/sixth play-off in the Commonwealth Games with Canada, ranked No 15 in the world, two places above the Tartan Hearts.

The Fife-born midfielder admitted losing 2-0 to world No 3 Australia, Scotland are No 17 in the world, was tough but the Dollar Academy teacher, who plays for The University of Edinburgh, said: “That is what you get when you play against the best and the more experience we get at this level the better we will get.”

The Fife-raised player (pictured right in training) added: “This tournament has been a great experience for us. We’ve played Ireland and Wales in the run-up, but playing New Zealand and Australia is another step-up for us.”

She reflected: “We went into the game (with Australia) and knew we were going to have to defend a lot. We didn’t create as many attacking opportunities as we would have liked but we were pretty solid in our defence and we had world-class goalkeepers behind us.”

“Overall, we have done ourselves credit to have come here and compete with New Zealand (Scotland lost 1-0) and Australia who are two of the top teams in the world.

“Physically, it was demanding as Australia are a full-time team and we have teachers and students in our squad, but all the girls have worked hard to get ourselves to an area where we can last the 60 minutes.

“The work the girls have put in during the last five or six months has paid off and it is an honour to work alongside Sarah (Robertson, Scotland’s captain) and the girls have been absolutely amazing. Now we look forward to the fifth/sixth play-off.”