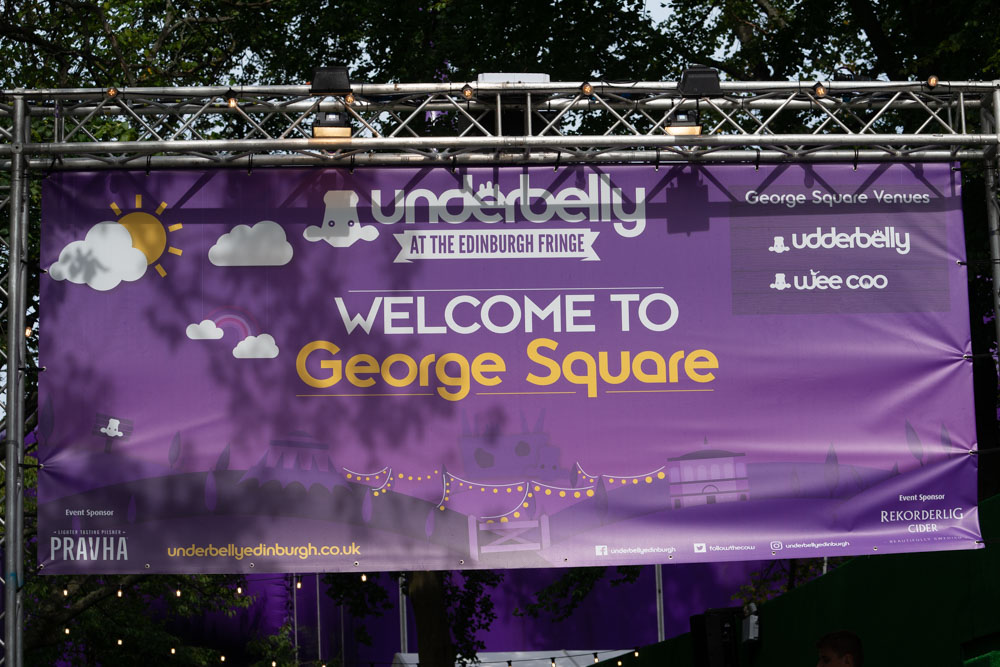 Edinburgh Festival sites are set to return to the city centre this summer as plans were lodged by Underbelly for performance spaces, bars, box offices and toilets this year – with one site expecting up to 10,000 visitors a day.

As part of the biggest festival season since before the pandemic, some temporary venues including George Square Gardens’ upside-down purple cow, Udderbelly, will be back after a three-year absence.

The pop-up spaces will host musicians, comedians, guest speakers and performers during the Fringe with more than 3,000 separate shows throughout August. The venues will also be used for the Edinburgh Blues and Jazz Festival and Edinburgh Food Festival during July.

Plans for Bristo Square, George Square Garden and The Meadows submitted by Underbelly, the events company which also runs Edinburgh’s Christmas, are expected to be granted permission by councillors at a meeting on Wednesday.

Proposals include an 80-person performance venue, a box office, bars, food stalls, toilets and offices at Bristo Square which will be home to a ‘mix of cabaret, comedy, theatre and family shows’.

Another application from Underbelly outlines proposals for the Meadows’ Circus Hub, made up of two tents. ‘The Lafayette’, with capacity for 550 people, with five performances a day, and ‘The Beauty’, which holds a maximum of 450 people, with six acts daily. A bar, toilets, ancillary offices and storage also form part of the plans sent to the council.

In George Square Garden, the application is for the 422-people capacity Udderbelly tent and the Wee Coo with room for 60 attendees.

Fringe venue operator Assembly Festival is seeking approval of its Festival Hub. If approved, two temporary tents, the Palais du Varieté, with a capacity of 500, and the Piccolo, which holds 192 people, will be erected at George Square Gardens.

Planning officers are recommending councillors to grant permission for all applications.

Plans submitted by Underbelly state: “Underbelly’s Circus Hub on the Meadows will be a destination for the best national and international circus at the Edinburgh Festival Fringe 2022. Underbelly has run Circus Hub on the Meadows since 2015 and it is now a well-loved and respected home for circus at the festival. The venue provides infrastructure which allows the artform to
be presented at the festival, where it would not otherwise be possible.

“There will be ramped access throughout the site and into both venues. There will be solid flooring between all key areas of the site including the venues, toilets and bar.

“The Udderbelly will have raked seating with the front two rows at floor level. The Wee Coo has seating all on one level. In both venues, seating will be removable to accommodate manual and powered wheelchairs.”

Assembly Festival’s plans add: “We plan to create a Festival Hub as per the last 11 years on the East part of George Square Gardens.

“Although this is the first year post pandemic we anticipate a possible peak total audience of around 10,000 people across the day, in George Square Gardens. This represents a total across the festival period of approx. 400,000.

“Programming for the outdoor stages will include a mixture of music, cabaret, spoken word, circus and comedy. Artists will be UK based, and we are welcoming back international artists this year more akin to 2019, with travel having opened up. We will still have a strong/significant programme from Scotland.”