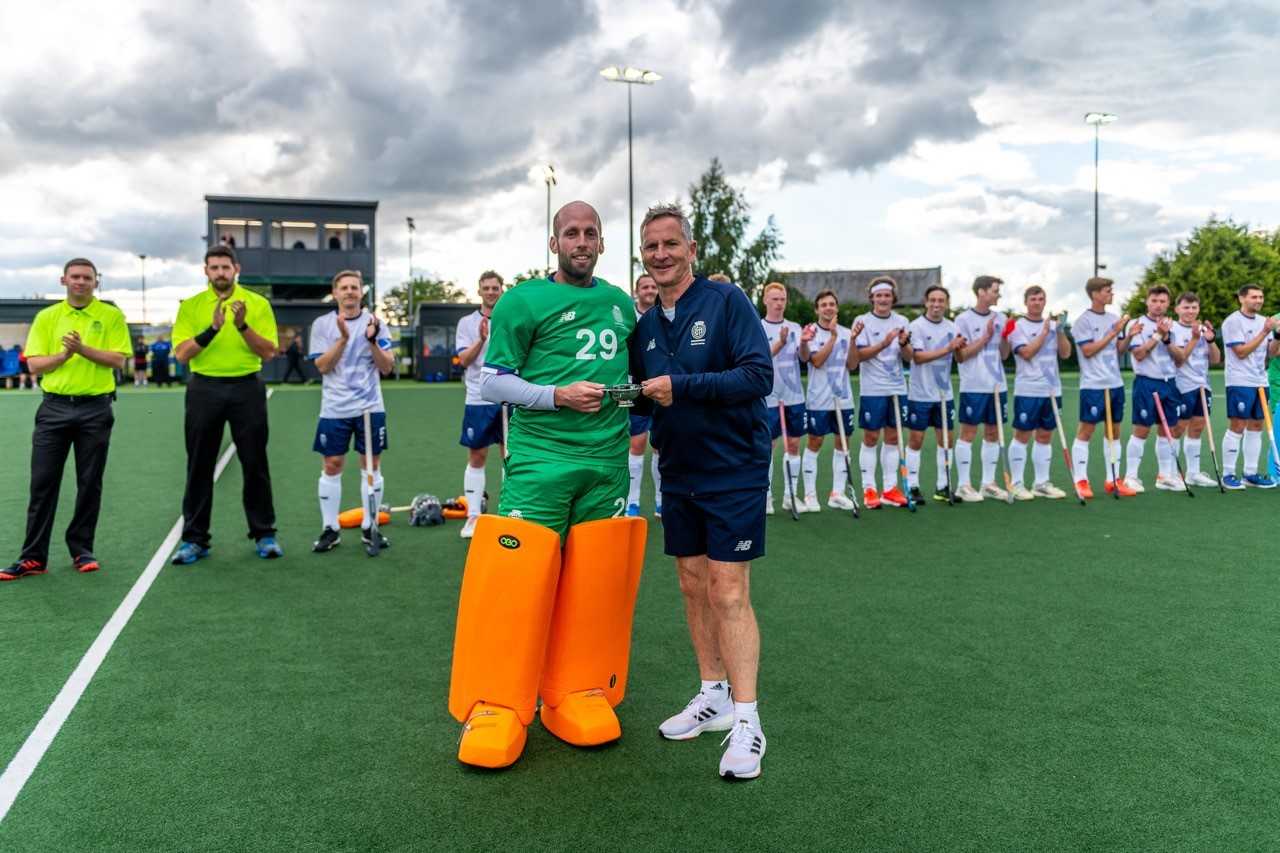 Grange captain David Forrester (pictured by Mark Pugh with coach Derek Forsyth) celebrated his 50th cap for Scotland but the home side lost 2-1 to Wales in the men’s 4-Nations at Uddingston. The Blue Sticks have won one game from two and face Ireland on Saturday at 3pm.

Scotland edged the early possession and the first chance fell to Struan Walker after a defence-splitting pass to the unmarked player but his shot was padded away by the goalkeeper.

Andy McConnell’s surging run into the D down the left won a penalty corner but Jamie Golden’s drag flick was saved by the keeper.

Despite the pressure it was Wales who took the lead early in the second quarter after a counter-attack goal from James Carson but seconds later Scotland had the ball in the back of the Wales net after a Walker strike but it was disallowed.

Scotland pressed for an equaliser and won a penalty corner. Dan Coultas had a powerful effort saved on the line but an infringement gave him a second chance. This time he made no mistake and sunk a drag flick into the bottom right corner to equalise.

The second half was on a knife edge with both sides giving everything and, in the final quarter, Coultas struck the upright with a drag flick but Wales netted the game-winner through Carson who was sent through on goal and found the bottom right corner, despite the valiant attempts by goalkeeper Rory McCallum.

McCallum was involved again soon after, producing a tremendous save low at the right corner on a Welsh counter, but, despite late pressure by the Scots, Wales held on.

Earlier, Ireland made it two wins from two games with a 3-0 win over USA, Luke Madeley netting twice and Conor Empey a single.