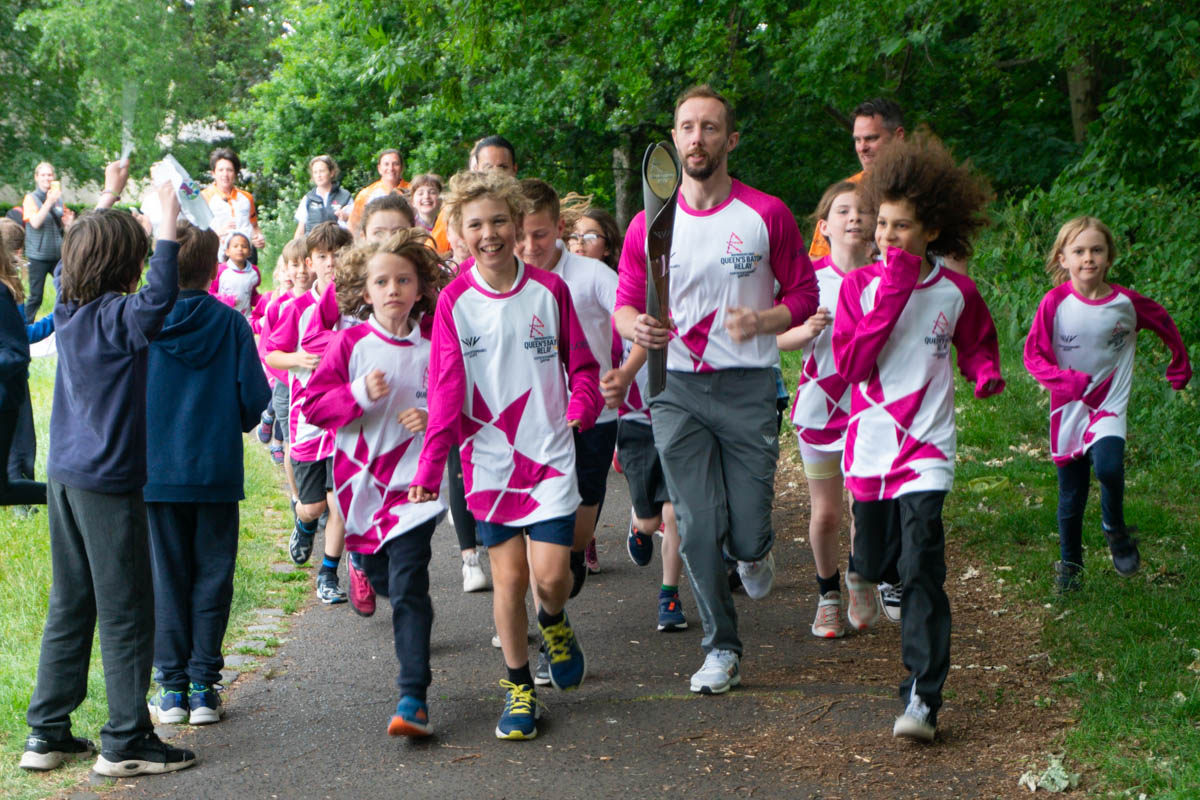 The Queen’s Relay Baton arrived in Edinburgh at Bun-sgoil Taobh na Pàirce on Bonnington Road on its way to Birmingham.

It was brought there by local athlete Keith Cook, fencing medallist.

The pupils had fencing and judo tasters in the morning, an outdoor picnic lunch, waited for the baton arrival and held assemblies for all year groups when Keith Cook spoke to them about his sport.

The children have been running the distance to Birmingham as a whole school, and the final laps were completed in Pilrig Park with Keith carrying the baton.  And of course they also met Perry the bull mascot.

The Relay began on 7 October 2021, with Her Majesty The Queen placing her Message to the Commonwealth into the Baton. The Baton is now on its 294-day long journey to every corner of the Commonwealth.

Tomorrow the baton will be in Peebles. You can follow the route here.