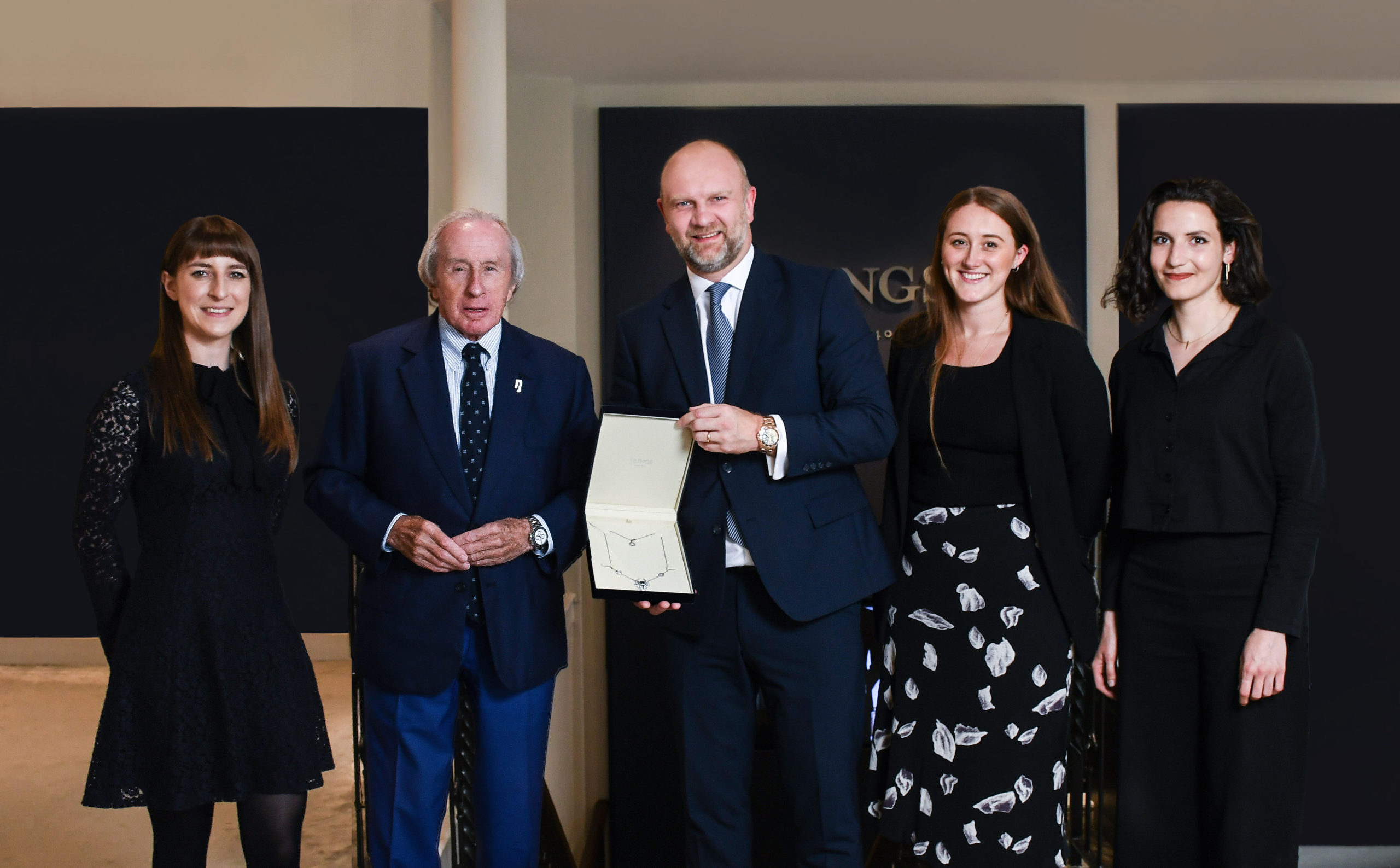 The two carat white gold diamond and sapphire necklet helped raise funds for Race Against Dementia – the charity founded by Sir Jackie to fund research into prevention and treatment for dementia, a disease that affects 50 million people worldwide including his wife, Helen.

Influenced by the rugged Scottish landscape, the necklet features a dramatic thistle and stag inspired sapphire centrepiece, which has been set alongside over 100 pavé diamonds.

With a keen eye for detail and a deep appreciation for craftsmanship, Sir Jackie worked closely with Laings on the contemporary piece, which also includes a hand engraving to mark last weekend’s event at Thirlestane Castle.

Exploring his remarkable career through an exhibition of impressive memorabilia, this commission also reflects Sir Jackie’s personal treasures, having formed a long-standing relationship with family jeweller Laings early in his career.

He marked his retirement from F1 motor racing in 1974 by gifting Lady Helen a custom-made Laings choker, featuring three rows of pearls for his three World Champion titles, 27 rubies for his 27 Grand Prix wins and 99 diamonds for the 99 Grand Prix he entered.

Sarah Alexandar, lead designer at Laings who conceptualised the Festival of Motoring necklet, said: “I have always been aware that the relationship between Sir Jackie and Laings dates back decades – not least because the newspaper cutting from the 1974 commission still adorns the showroom wall today. That’s why it was important for us to create a truly exceptional piece for such a worthy cause. A piece that can be cherished for generations.” 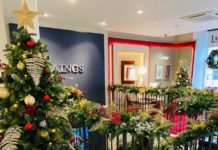 Laings celebrates the gift of time