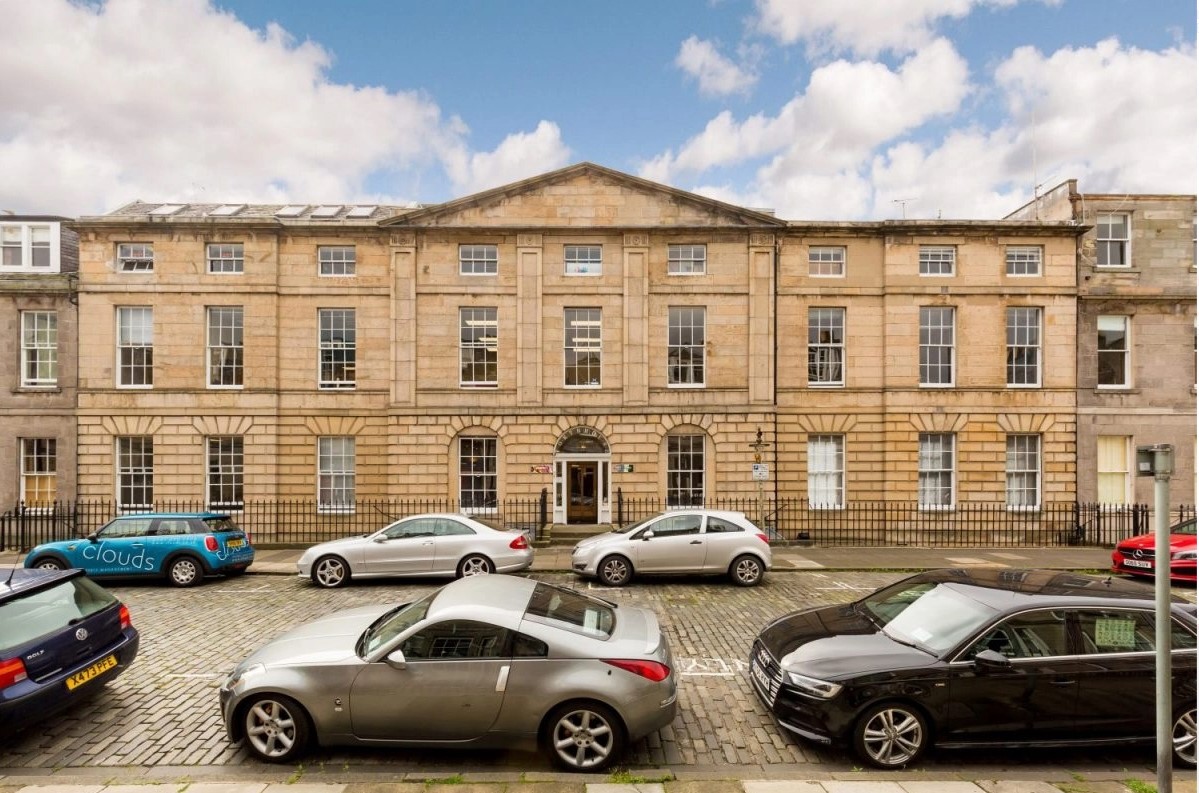 Despite several members of the committee opposing the number of car parking spaces in Broughton Street Lane, planning has been granted by the council for a new 55-room aparthotel in the former Forth Radio building on Forth Street.

This development will be undertaken by an independent company, Supercity Aparthotels, and this will be its first operation in the capital.

The aparthotel will renovate Forth House and Playfair House with “associated parking, landscaping, and ancillary works”.

The aparthotel will include a communal lounge/bar area, with reception facilities provided on a 24/7 basis, and a gym. Developers say that around 18 jobs will be created by the new business which is close to the city centre. The company point out that this contributes to tourism, which is the city’s third biggest source of employment.

Supercity Aparthotel’s core clients are business travellers and extended stay guests attracted by their central locations. There are long stay incentives through a higher level of discount for medium-long term bookings. The develop says that these core client characteristics mean that movements to/from the property will be less than that of the existing use.

The front of B-listed Forth House will remain mostly unchanged, serving to preserve the historic building. Minor changes are proposed on the rear elevation, such as changing an existing opening to a door.

Modern Playfair House, fronting Broughton Street Lane, will be stripped back to its superstructure and a new facade of natural stone and precast concrete built to align with adjacent buildings, reinstating the mews street frontage, although Cllr Neil Rankin pointed out that the reuse was preferable to demolition.

The site has excellent transport links and the developers highlight that the existing parking provision is being reduced from 24 spaces to seven. This still caused difficulty for Cllrs Key and Booth who mentioned that in the city centre it was difficult to understand why anything other than disabled parking would be required. Councillors were restricted by current policy and could not formally reject the application on these grounds.

Developers say there is some demand for parking associated with the business which will be located within the building undercroft and will not be visible from the street. Five of the car parking spaces will include electric vehicle charging points, although Cllr Key mentioned that even these still create emissions. Ten secure cycle parking spaces will be located internally with an additional four external spaces located in the car park.

Roger Walters, Chairman of Supercity Aparthotels commented: “We are delighted that our aparthotel operation has been approved by the committee, which will preserve the fabulous Forth House. This is an excellent location for our first operation in Edinburgh, lying close to the busy city centre and will also serve to benefit the community through reducing movements to and from the building than is currently the case.

“We look forward to working commencing onsite and will continue to engage with the community to ensure that it is kept updated as works progress.”