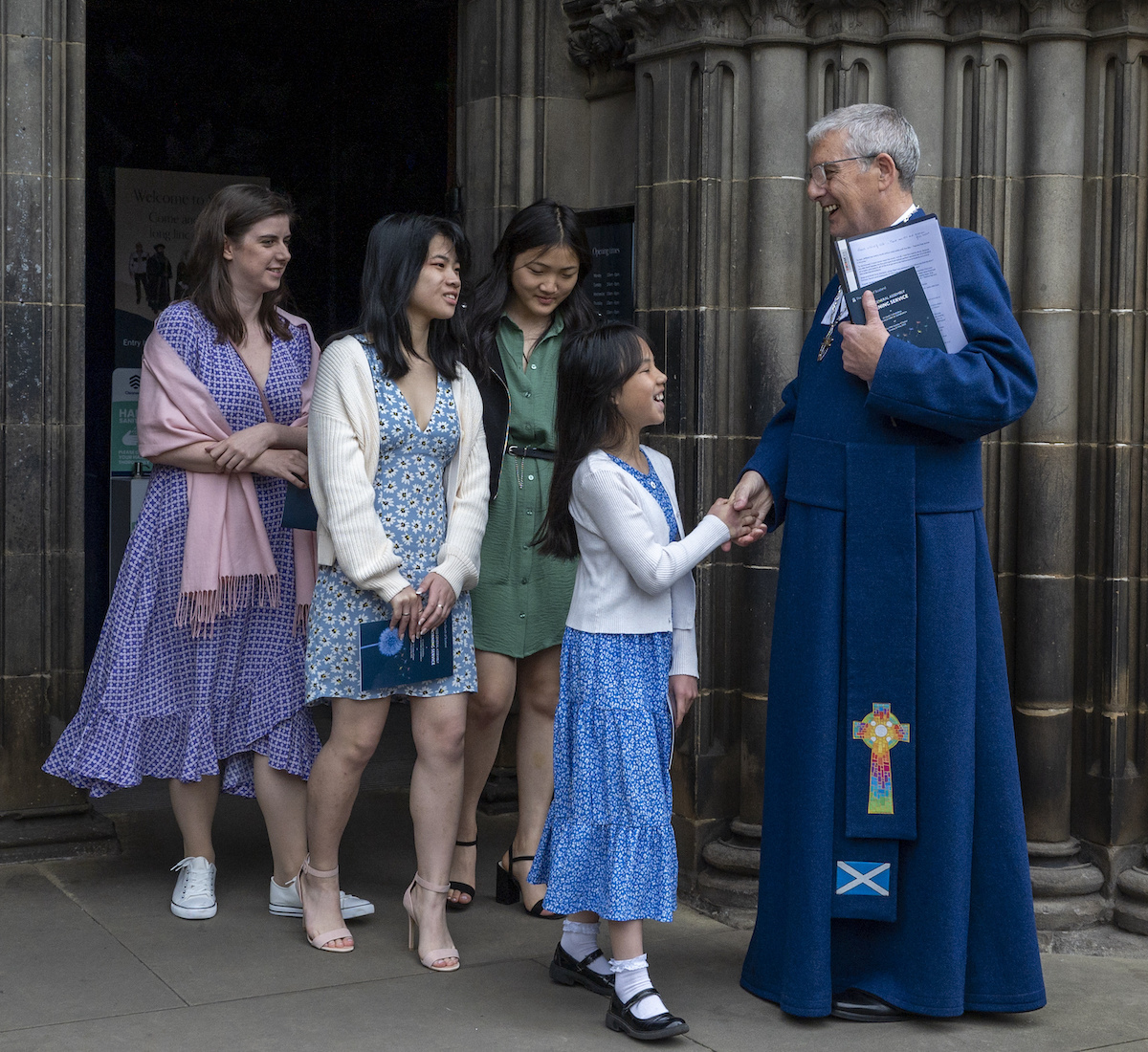 The newly installed Moderator, and his family attended morning service at St Giles Cathedral on Sunday.

The Fife minister became the Moderator of the General Assembly of the Church of Scotland only yesterday.

Rt Rev Dr Iain Greenshields said he is “humbled, honoured and privileged” to have been elected by commissioners to serve in the prestigious role.

The 68-year-old minister of St Margaret’s Community Church in Dunfermline will chair proceedings from the Assembly Hall for five days and thereafter will act as the Church’s ambassador at home and abroad for the next 12 months.

Dr Greenshields says he will speak out on issues important to the Church and its mission to follow and proclaim the example of Jesus Christ.

His appointment was approved by commissioners and his predecessor, Lord Wallace, presented him with the ring and chain of office at the opening day of the General Assembly at Assembly Hall on The Mound.