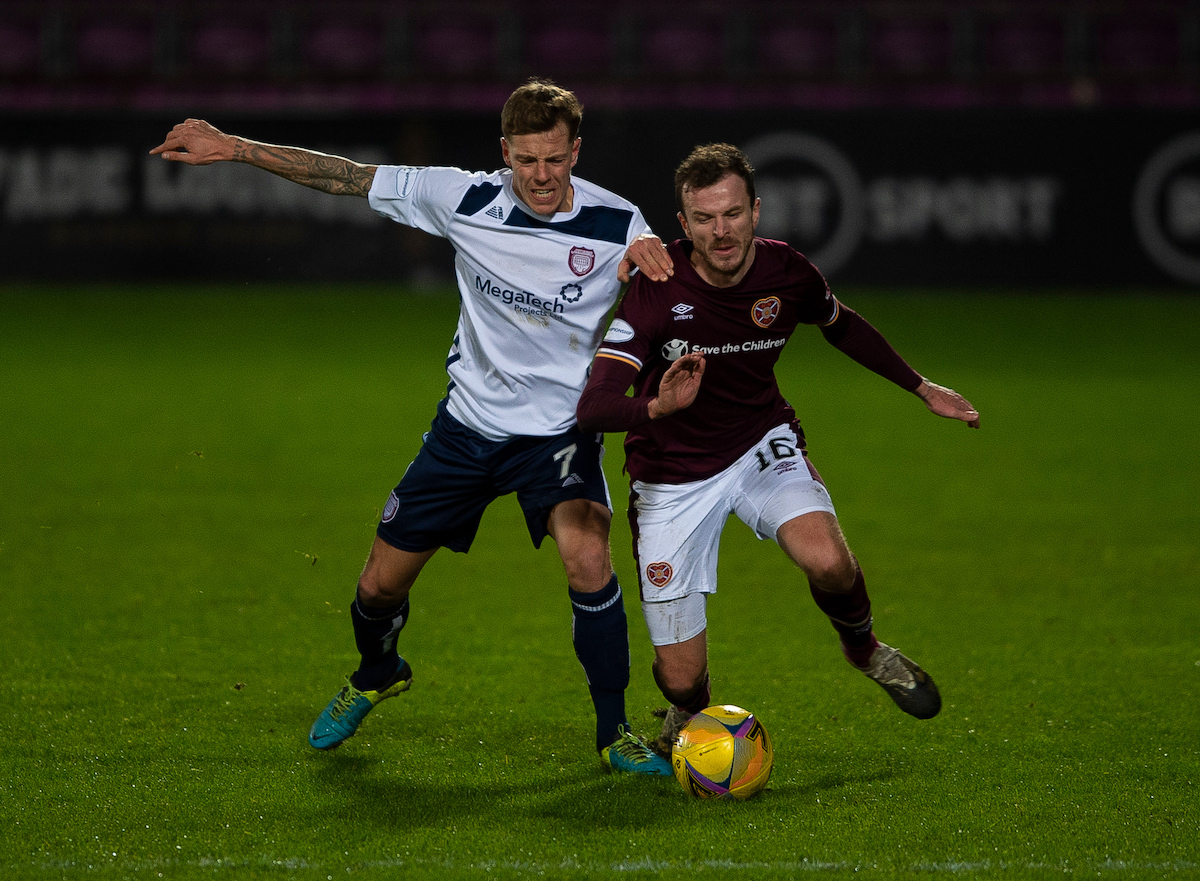 Hearts held their annual Player of the Year Awards on Sunday and at the ceremony the 2012 Scottish Cup-winning side were inducted into the Hearts Hall of Fame.

Now, Hearts midfielder Andy Halliday wants to follow suit and after returning from injury and having an injection to help speed up the recovery process, he is enjoying being back out on the pitch, as Hearts continue their preparations for 21 May.

“If it was not for the final I’m sure the discussion would have been had with the medical staff and manager whether to get the injection. There was no chance I was going to miss out on a cup final though!,” said Halliday.

“I’m delighted to get back out there not even just for the games but for training. As a player you miss being out there every day with your teammates. Being in the gym on your own can be a lonely place.”

“Hearts have won it [Scottish Cup] twice in the last couple of decades, but we were at the player of the year awards a few nights ago and the 2012 team that won it got into the Hall of Fame.

“You can see how highly regarded they are to the club and the fans. We have put ourselves in a position to go and try to win it now.”

When asked if the 2012 team can inspire the current crop, he replied: “It has to.”

“Obviously that is good but it is not where we believe we should be as a football club.

“We have spoken about it all season; we want to be competitive in any competition we’ve been in.

We were disappointed to be knocked out early in the League Cup against, obviously, a good Celtic side, but in the Scottish Cup we’ve given a great account of ourselves.

“We lost it last year on penalties against Celtic and, as a squad, we know how much that hurt and we have got ourselves in a position to try and go there and do it again.

“We know how much it will mean to the fans and the football club, seeing what happened to the 2012 squad the other night.”