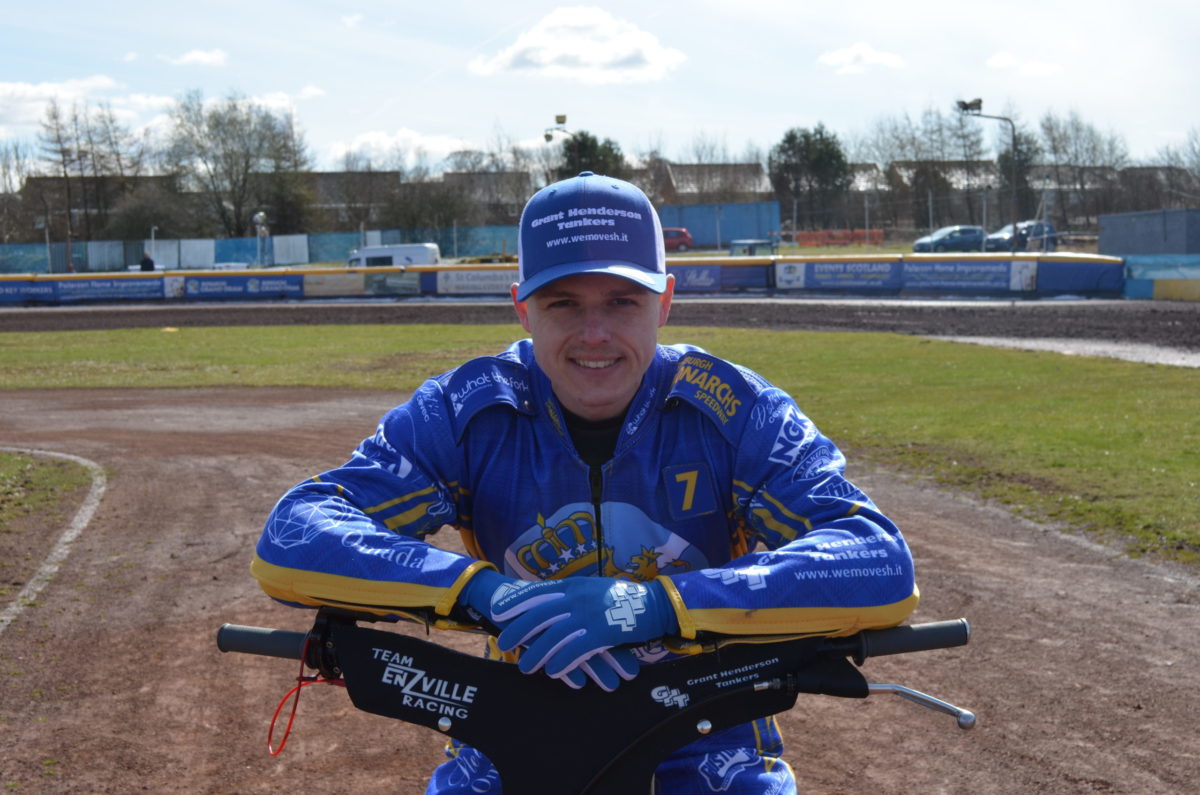 What the Fork Monarchs face Birmingham Brummies without key reserve James Sarjeant (pictured by Nigel Duncan) and the man standing in will be Greg Blair, heat leader for the Berwick Bullets National League team.

Birmingham have had an up-and-down year but had an excellent win at Oxford when former Monarchs racer Justin Sedgmen made his debut with 14 points.

Sedgmen was one of the heroes in 2014-15 when Monarchs won their last two league Championships and, although he has not had a great time in the interim, it is obvious from his early results that he has realised only his best form will do.

Brummies have other ex-Monarchs in Claus Vissing at No 1 and their captain Ashley Morris, plus a strong guest in Glasgow Tigers’ Tom Brennan, one of the UK’s brightest prospects, replacing the injured Josh Auty.

They also track an interesting new Australian James Pearson at reserve and he has been impressing and Monarchs team manager Alex Harkess said: “Last week I was delighted for our five fit riders against Redcar, they all chipped in with points and that’s something I don’t think we’ve seen this season.

“By the end of the night I was delighted. We need more of the same this week against Birmingham. Once again, there are some familiar faces. Sedgmen is back and doing well and Claus Vissing and Ashley Morris we know well. They also have a very handy guest facility which makes them more of a force than they might otherwise be.”

Friday’s match will be live streamed and details are on www.edinburghmonarchs.co.uk

Saturday 28th May: British Youth Championship 2nd round at Armadale, 2:30pm – also live streamed – with 30 heats in competitions at 125cc, 250cc and 500cc level featuring the stars of the future and including some Monarchs Academy prospects.