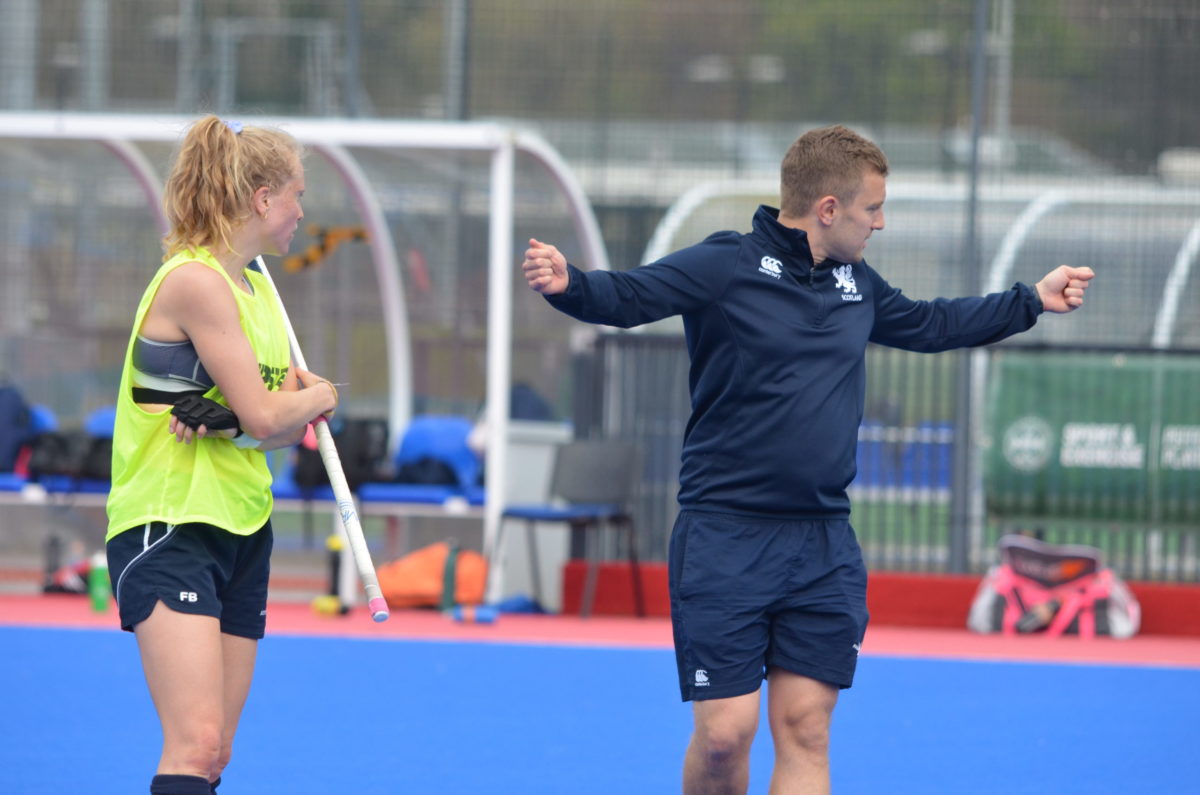 Scotland women’s head coach Chris Duncan believes his squad are making progress despite letting slip a 4-3 lead late in the game to go down 6-4 to Ireland in Belfast but claim the Test series 2-1 after previous 2-1 and 5-1 wins.

The Edinburgh-based playcaller, pictured during a recent training session at The University of Edinburgh’s Peffermill playing fields, said: “To come away disappointed to not win all three games against a team ranked 12 in the world shows good progress.”

The squad, ranked no 18 in the world, are preparing for the Commonwealth Games in Birmingham in July and the EuroHockey Championship qualifiers in France in August

And Duncan, who is also director of hockey at The Edinburgh Academy, added: “Overall, the Test series has been positive for us. We were organised and played exciting hockey. Scoring 11 goals in three games is exceptional for us. We came here to improve and develop our style, so its mission accomplished.”

The coach said Ireland came out with good intensity in the final game and deserved to take the lead, but Duncan added: “I’m really pleased by our ability to change the momentum of the game and get back in front.

“It showed our character, then we started to tire towards the end, which can happen when you play at the tempo we have over the three matches.”

Ireland went into a 2-0 lead early in the game but the longer the quarter progressed the more Scotland looked likely to score.

And the visitors pulled one back through a penalty corner strike. A powerful pass from the top of the D by University of Edinburgh star Amy Costello was deflected by Fiona Semple (Clydesdale Western) off bar and into the net for 2-1

Ireland went 3-1 ahead in the second quarter but Scotland struck back. An penalty corner routine saw Bex Condie (University of Birmingham) pick out Wimbledon player Fiona Burnet to convert at the right post.

Scotland levelled early in the second-half through a superb low shot across goal on the reverse by Burnet and the Tartan hearts edged 4-3 ahead after an interception in the Irish half and a slick exchange set up a far post tap in for Burnet to complete her hat-trick.

Ireland levelled from a penalty corner in the final quarter and, as the clock ticked down, the hosts claimed two goals for victory, their first after losing 2-1 and 5-1 to the Scots over the weekend.