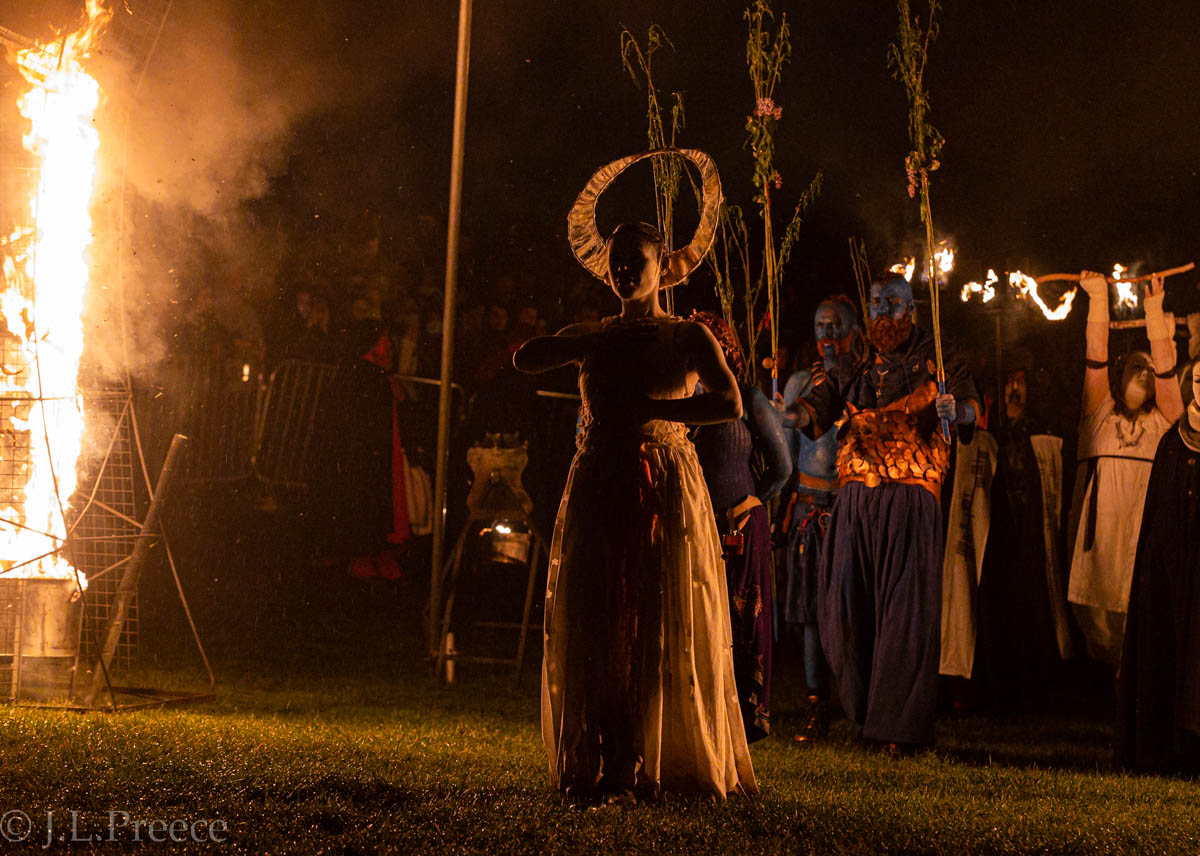 A dynamic reinterpretation of an ancient Celtic celebration of the return of summer, Beltane Fire Festival is centred around the story of the May Queen and the Green Man, and the lighting of the Beltane bonfire – symbolic of purification, healing and new life.

The modern Beltane Fire Festival is inspired by the ancient Gaelic festival of Beltane which began on the evening before 1 May and marked the beginning of summer. The modern festival was started in 1988 by a small group of enthusiasts including the musical collective Test Dept, with academic support from the School of Scottish Studies at the University of Edinburgh.

Since then the festival has grown, and now involves over 300 voluntary collaborators and performers with the available tickets often selling out.

Edinburgh’s Beltane celebrations are the largest of their kind in the world with around 250 volunteer performers and thousands – 9,000+ for 2022 – of spectators.