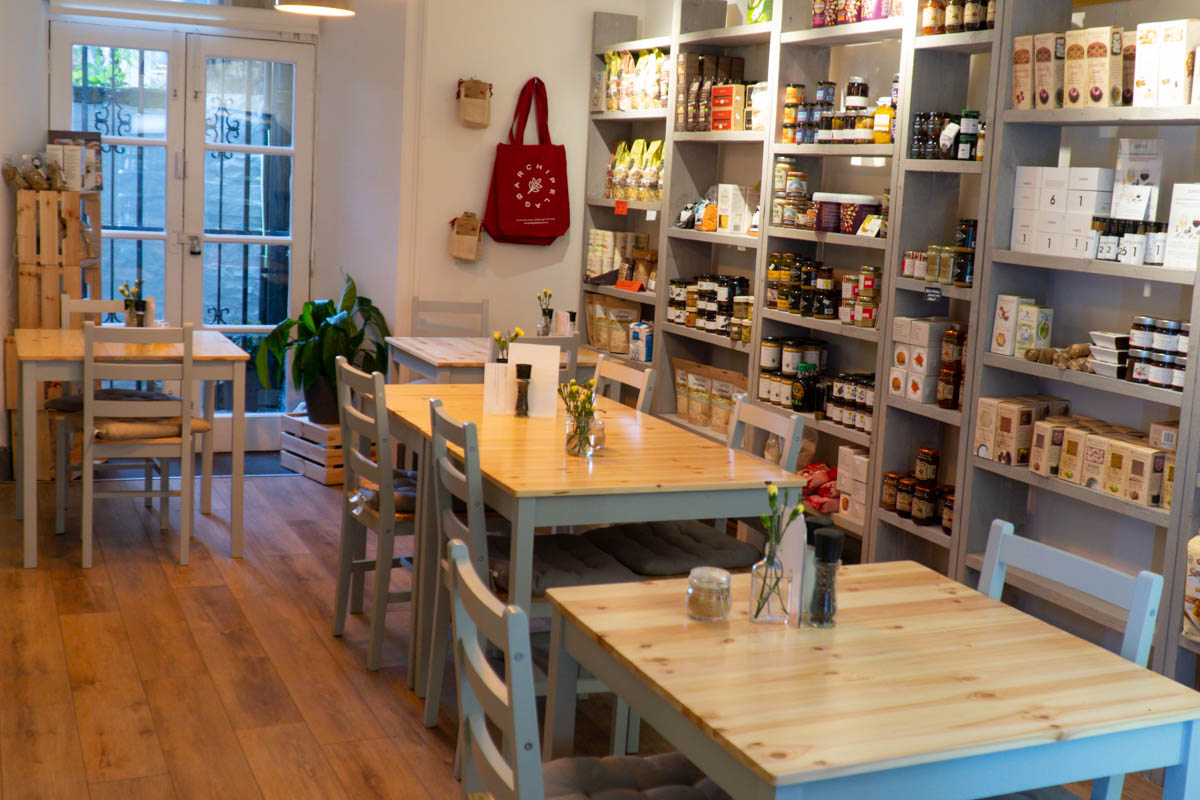 Archipelago is a small independent organic bakery on Dundas Street, but don’t get confused. There are two shops with the same name and the same owner.

One is the bakery and the other, Archipelago Provisions, is a deli, but both are owned by their effervescent head baker, Caroline Walsh.

The deli, which is further up the hill underneath Birch Tree Gallery, has a wee back room which Caroline will happily allow groups to use as a meeting place. She has a vision that this might appeal to members of book groups or discussion groups who are now desperate to meet again in person, but who do not want to use their private homes. Archipelago has the perfect space with a variety of tables allowing for many different configurations and with a capacity of up to 18 people.

The lovely space is very versatile and with a door which opens to an outside terrace, there is plenty of ventilation for those balmy summer evenings ahead.

Edinburgh born Caroline opened the deli as a complement to her original bakery (which has now been in operation for eight years), selling Italian and Spanish foods like olive oil, a huge range of chocolate and tinned fish – which is now apparently a “must have” for foodies who are in the know. She worked with Deutsche Bank and museums and galleries before setting up in business on her own.

Caroline said her lack of formal training does not hold her back. She said: “I can cook and am passionate about it. I finally decided I was confident enough to do it after catering successfully for friends many times.” She also took a course in professional bread making with Andrew Whitley before opening the bakery which uses 100% organic flour, and where the bread is based on old fashioned technique and natural ingredients. She explains that bread had got a bad reputation as a bad carbohydrate whereas in fact the opposite is true.