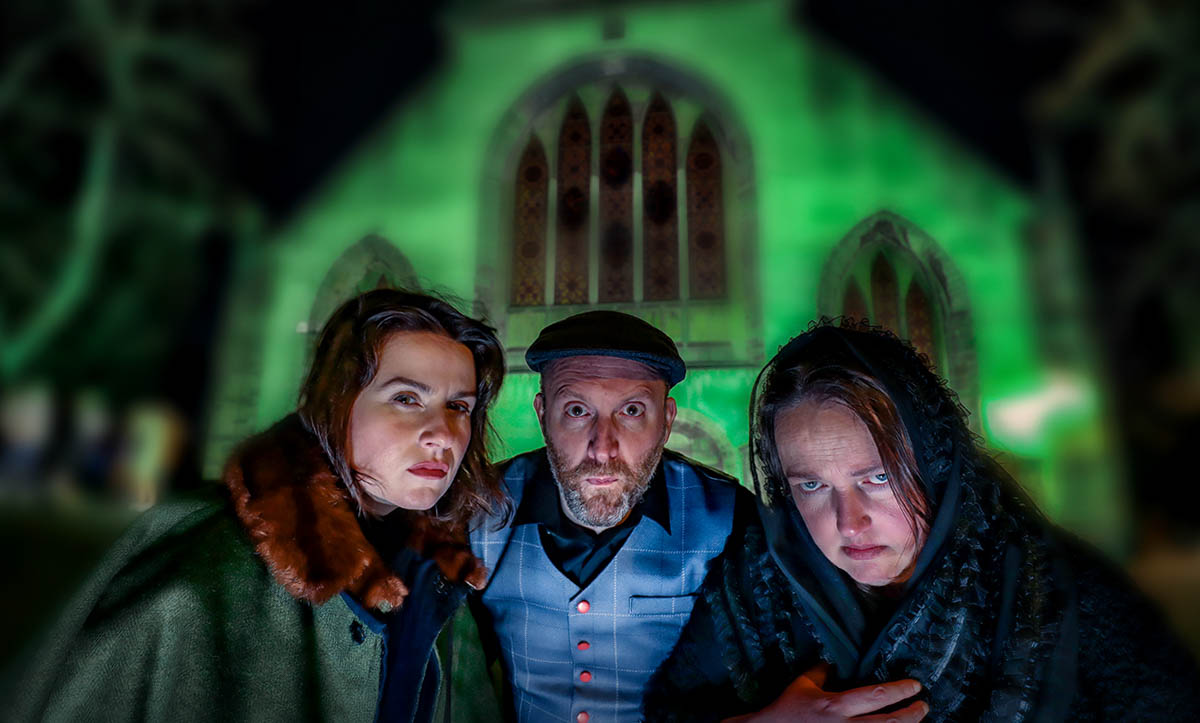 ‘Tam O’Shanter, Tales & Whisky’ The hottest ticket in town this spring should be ‘Tam O’Shanter, Tales & Whisky’. Premiering at Assembly Roxy in Edinburgh this Friday 15 April, this contemporary take on the gothic Edinburgh of Rabbie Burns combines Scottish folklore, iconic poetry, and live music, all washed down with a wee dram of the good stuff.

Imbued with a feel for the darker side of Scotland’s capital – so often synonymous with lofty ambition, big airy buildings and green open spaces – ‘Tam O’Shanter, Tales & Whisky’ plays with audience expectation in other ways too, and the tales recounted have an intentionally lassies feel, a deliberate counterpoint to Burns’ quite laddish works.

Featuring ‘Death and Dr Hornbook’, ‘Address to the Deil’ and of course, ‘Tam O’ Shanter’, ‘Tam O’Shanter, Tales & Whisky’ is performed by Fiona Herbert, an award-winning storyteller widely accepted as one of Scotland’s finest, Shian Denovan, an award-winning actress who has worked across film, TV and theatre (nominated for Best Actress by The Stage for her Theatre work) and writer and performer Andy Dickinson.

Audiences will also enjoy some toe-tapping tunes courtesy The Court Of Equity, an ensemble formed to celebrate Burns’ songs and comprising musicians Douglas McQueen Hunter and Douglas Caird who are perhaps better known as members of Scotland’s leading folk rock band, The Picts.

Aimed at Burns’ fans old and new, ‘Tam O’Shanter, Tales & Whisky’ allows audiences to engage with the bard’s work and the traditions around Scottish folk stories and the telling of tales, in a new and dynamic way, thanks to both an innovative script and stellar performances by two of Scotland’s most sought-after performers.

‘Tam O’Shanter, Takes & Whisky’ is perfect for those looking to immerse themselves in Scottish history and tradition with a one stop shop intro to gothic Edinburgh and one of Scotland’s most celebrated icons, and with a dram to top it all off, what’s not to love?!

Andy Dickinson, Artistic Director at Stolen Elephant Theatre Company, said: “After a slight delay with dates due to you know what, we are over the moon to be bringing ‘Tam O’Shanter, Tales & Whisky’ to Edinburgh this spring! Featuring arguably Scotland’s most famous ‘lad’, the one and only Rabbie Burns, with 2 Lassies Replies in the Tales audiences can expect lots of laughs and a little bit of the scary stuff, with a wee nip of the water of life to help take the edge off.”

For more information and to buy tickets visit: https://assemblyfestival.com/roxy/whats-on/tam-oshanter-and-other-tales