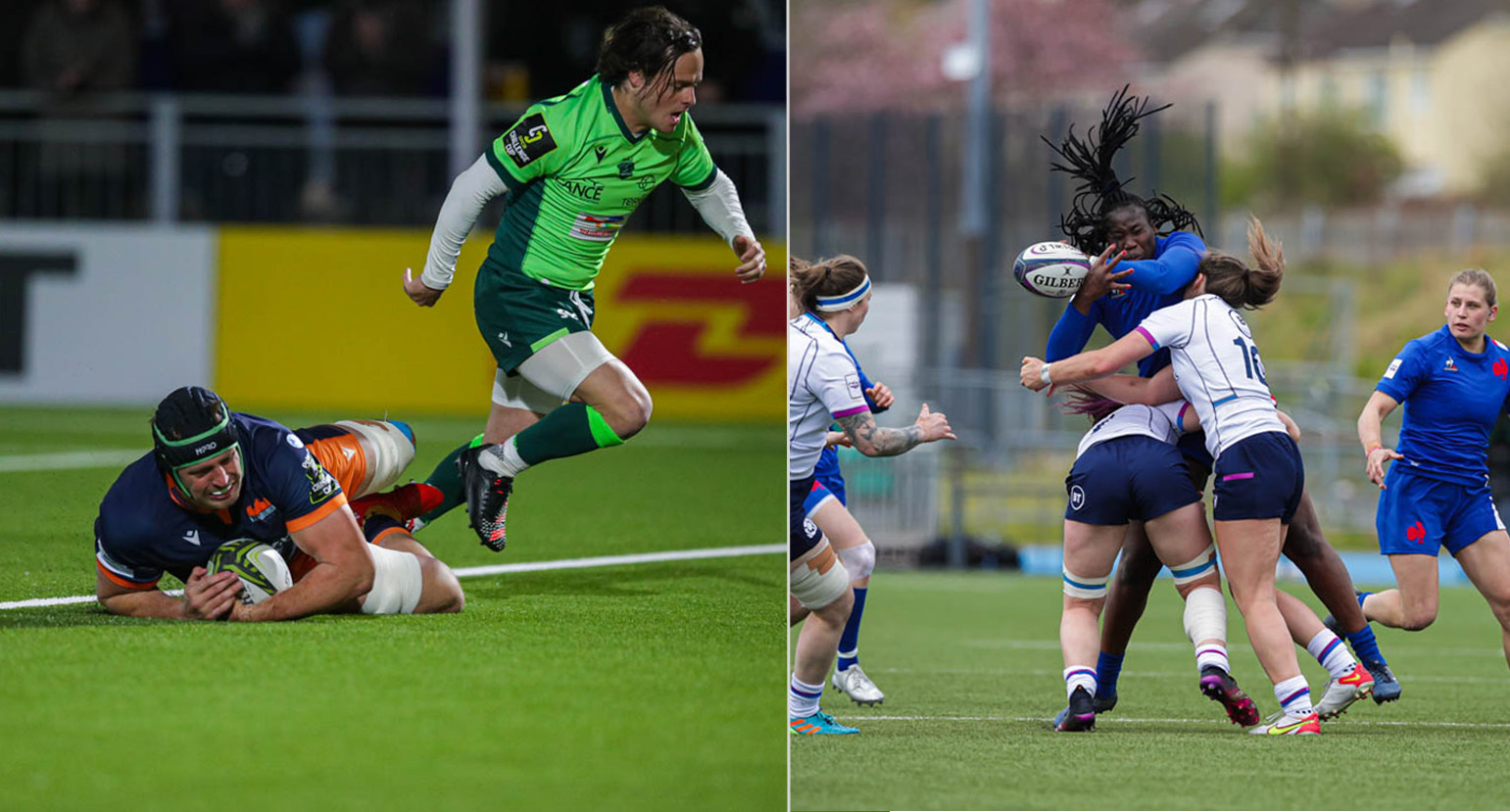 Two big games over the weekend were on the cards as first Edinburgh and then Scotland Women played vital matches in their respective tournaments against French opponents.

Edinburgh were up first on Friday in the EPCR Challenge Cup against French side Section Paloise (Pau) with a win needed to take them to the top of their group and a home match in the first of the knock-out rounds.

That task got underway four minutes in as Stuart McInally scored the opener from a driving maul in the right corner. With Jaco van der Walt’s conversion it was a good, 7-0, start.

The second was scored in the 10th minute by flanker, Connor Boyle, for 12-0, before he added another – after some fine attacking play from the opposition had the home defence on the back foot – in the 20th, converted by van der Walt for 19-0.

The following 15 minutes, or so, were again ‘won’ by Pau, but they couldn’t break down the home defence to get on the score board.

In the 35th minute, the hosts were in for the bonus point when Henry Pyrgos chased, and gathered, a Ramiro Moyano kick to score the fourth try. van der Walt converted again for 26-0.

Moyano then had a try of his own disallowed for an infringement, but the home side were determined and they picked up their fifth on the break from WP Nel. van der Walt then added the extras to go into the break at 33-0

Six minutes into the second half the Pyrgos-Moyano combo struck again, with this time, Pyrgos supplying the chip and Moyano the touch down. Converted, it was 40-0.

Pau then had a serious go and kept Edinburgh pinned back in their own half for most of the next 20-odd minutes, but failed to convert pressure into points.

The next points, however, came from the home side as they tired of defending, so ‘ran up the field’ and scored their seventh try, this one from lock Pierce Phillips who had a wee juggle on his way over. Again converted, it was now 47-0 with 10 minutes left.

Pau did mange to turn ‘pressure into points’ when Thomas Carol went over in the 76th minute, but Edinburgh, and Moyano, had the last say when the winger ran in the final try from his own half, which, once converted, took the score out to 54-5, awarding Edinburgh a home tie against Bath in the last 16.

On Sunday, it was Scotland’s women who were front and centre as they played their third match of the TikTok Women’s 6 Nations against France.

Coming off the back of a sore defeat to Wales, the Scots were looking to get their campaign off the ground against, it must be said, England’s main rival for this year’s Championship.

The first period of play was fairly even with both sides probing, but the first points came the way of the visitors.

As Scotland’s defence came up flat, France’s scrum half, Laure Sansus, saw the space in behind, chipped over and, collecting the ball. had a fairly easy run in for the score. Jessy Tremouliere then converted for 7-0.

The home side then had the better of their opponents for the next ten minutes, or so, but had to settle for a 19th minute penalty from Helen Nelson for 3-7.

It was then France’s turn to dominate proceedings and they scored their second try, via Jessy Trémoulière, from a line out in the left corner, which Tremouliere converted for 3-14.

The hosts came back from this to pressurise the French defence, but they held and returned the favour.

They then added a further two tries, both converted, in the final four minutes of the half.

The first of these and the player’s second, was scored, again in the left corner by Sansus and the other by flanker, Gaëlle Hermet, from the back of a maul. Both were converted for 3-28 at the break.

The second half was, very much, a case of ‘defences on top’ as both sides exhibited some fine attacking play, with Scotland probably having the edge in the domination stakes, but it was to be the 69th minute before either scored.

That score was from Scotland’s Chloe Rollie as she broke down the left to go over in the corner for the , unconverted try, and 8-28.

Although France got into the Scots’ 22 late on, the home side held them out to prevent any additions to the score and the match ended with the visitors taking their third win in succession, 8 points to 28