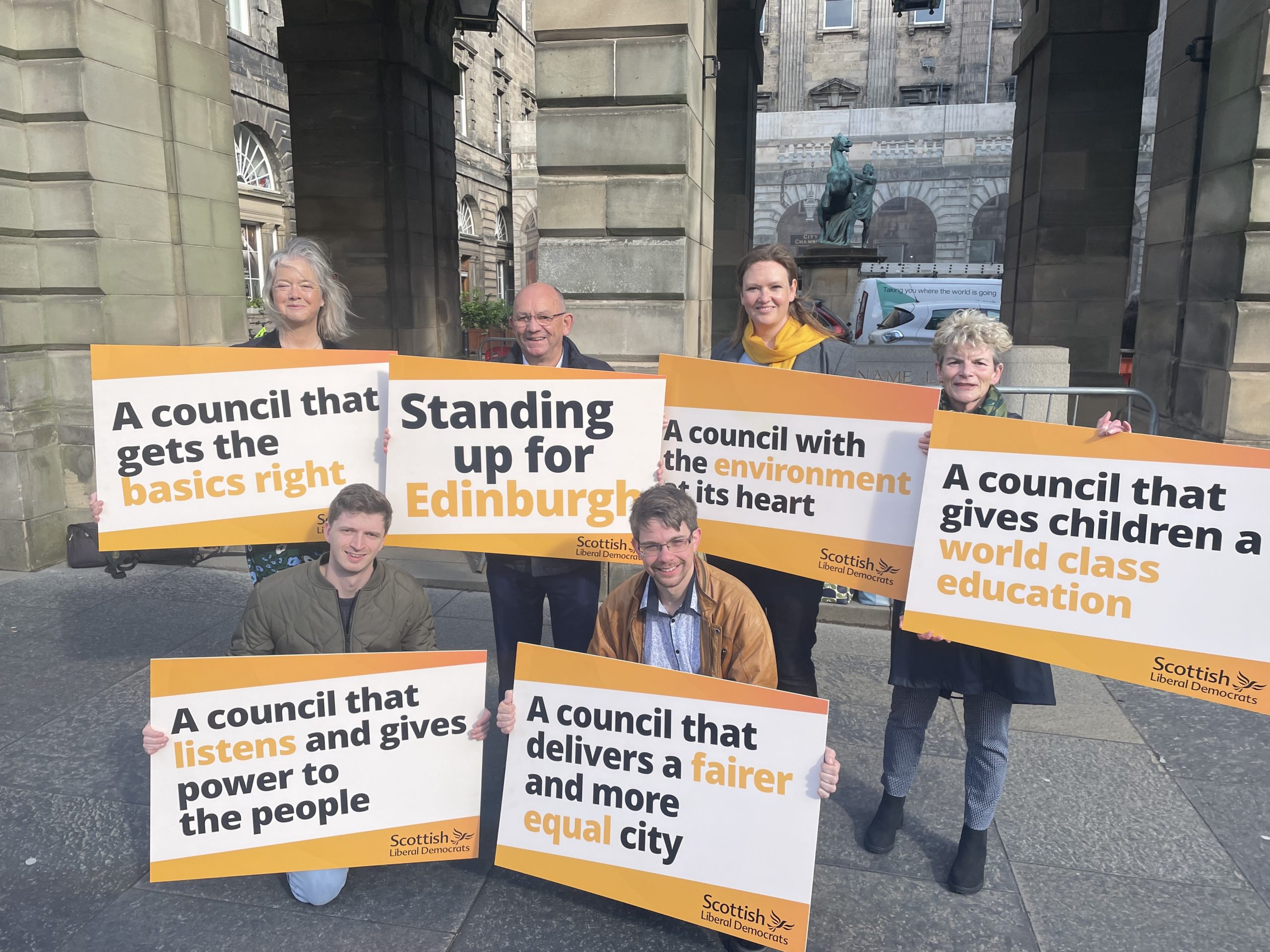 There are 21 Liberal Democrat candidates in Edinburgh – in some places there are two standing in one ward.

Today the candidates congregated outside the City Chambers where they launched their five point manifesto promising:

“In too many areas, Edinburgh is not working as it should. Too many people don’t have a safe place to call home. Getting around the city is not as easy as it should be. The quality of your child’s education too often depends on where you live. Recycling rates are falling, our roads and pavements are crumbling, and our streets are dirtier and more littered than before.

“Liberal Democrats believe the people of this city deserve better. With more Liberal Democrats elected to Edinburgh Council, we can get the new approach and the fresh start our city desperately needs”.

Three Liberal Democrat councillors were elected in 2012 following a period when they ran the council under leader Jenny Dawe. Ms Dawe lost her Meadows and Morningside seat in 2012. In 2017 six Liberal Democrat councillors took their places in the City Chambers – Kevin Lang, Louise Young, Gillian Gloyer, Neil Ross, Robert Aldridge and Hal Osler. Only Ms Gloyer is not standing at the 2022 election.

These are the 2022 Liberal Democrat candidates: