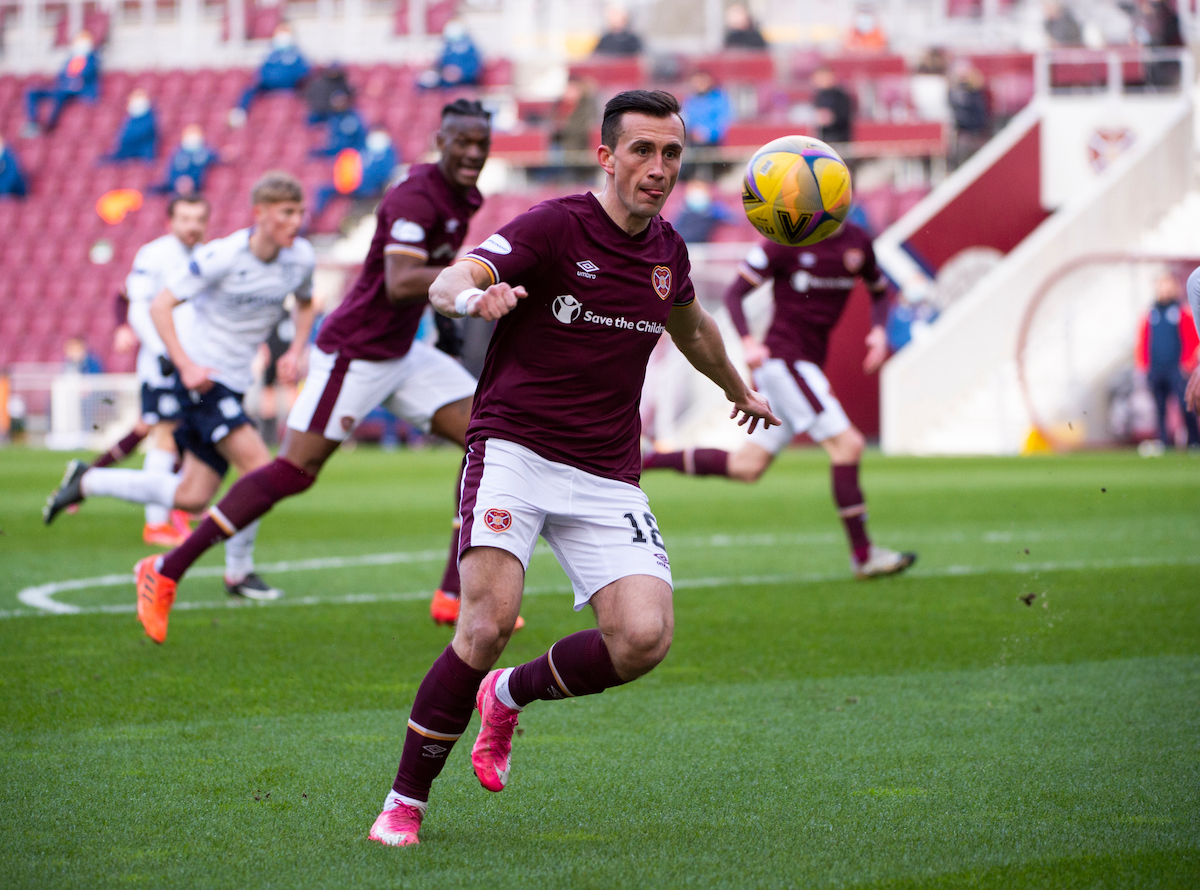 Hearts midfielder Aaron McEneff might not have known much about his goal that ended up being the goal that booked Hearts’ place at Hampden next month, but what he does know is the importance of winning The Scottish Cup.

It’s no secret that the rewards for winning the Scottish Cup this season are higher than ever before, with the winner guaranteed European football until December which the club will reap the financial rewards of and for the supporters, it’s the prospect of a European away trip.

Hearts haven’t appeared in Europe since they were defeated by Maltese minnows Birkirkara in 2016 and McEneff admits that winning the Scottish Cup and qualifying for Europe is something everyone at Hearts is aiming for.

“All the boys are aware of that,” he said when asked about the prospect of lifting the trophy.

“As a player, you want to win things in your career. I’ve won things before and I want to continue winning things because that feeling of lifting a trophy, you can’t really describe.

“Some footballers play their whole careers at a good level and never get the chance to lift a trophy. It’s an amazing feeling and something all the boys in that changing room are striving towards.

“The gaffer mentioned before the game that we want to make it a special season and after tonight we’ve given ourselves a good chance to do that. He also mentioned that in the last 65 years only three Hearts teams have lifted the cup, so that’s a massive goal of ours. It would be a special achievement.”

“The manager just said to be positive and get on the ball. Go try and effect the game, but the last thing he said was just go and enjoy it.

“When I do get on the pitch I do try effect the game, I like scoring goals. It doesn’t matter how they go again, as long as they do.

“All I can do is keep my head down and work hard in training. The boys have done well all year. I’ve said loads of times before that when I’m called upon then I’ll try my best to make sure I’m ready and hopefully have more moments like tonight and do my bit for the team.”