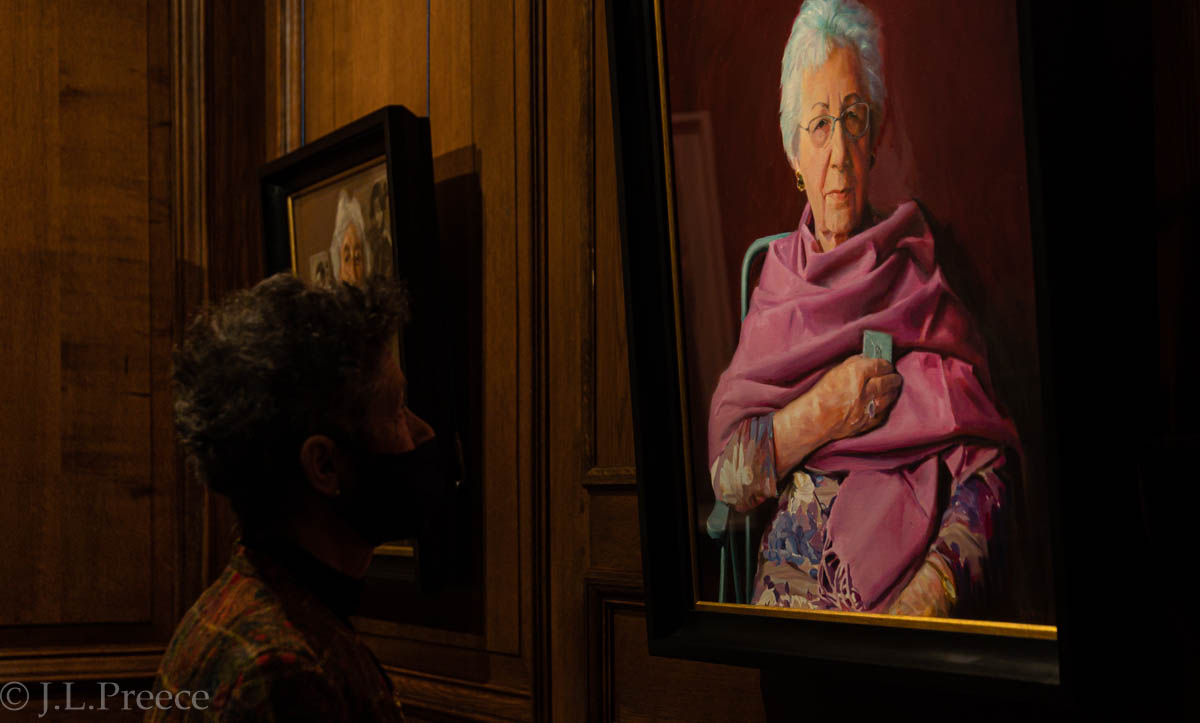 A visit to Edinburgh’s royal palace will, from today (Thursday, 17 March), include a special display paying tribute to the stories of seven remarkable Holocaust survivors.

‘Seven Portraits: Surviving the Holocaust’ has been commissioned by His Royal Highness The Duke of Rothesay (The Prince of Wales’s title when in Scotland) as a living memorial to the six million innocent men, women and children who lost their lives in the Holocaust and whose stories will never be told.

Each of the portrait sitters sought refuge in Britain after the war, and each has in recent years been honoured for services to Holocaust awareness and education. The profoundly moving portraits, which will become part of the Royal Collection, stand as a powerful testament to the extraordinary resilience and courage of those who survived.

HRH The Duke of Rothesay wrote in the accompanying catalogue: ‘As the number of Holocaust survivors sadly, but inevitably, declines, my abiding hope is that this special collection will act as a further guiding light for our society, reminding us not only of history’s darkest days, but of humanity’s interconnectedness as we strive to create a better world for our children, grandchildren and generations as yet unborn; one where hope is victorious over despair and love triumphs over hate.”

The seven survivors are:

‘Seven Portraits: Surviving the Holocaust’ is part of a visit to the Palace of Holyroodhouse from 17 March until 6 June 2022.

Visitor information and tickets: www.rct.uk, +44 (0)303 123 7306.
The Palace of Holyroodhouse is open five days a week, Thursday to Monday, remaining closed on Tuesdays and Wednesdays.